Chris Hemsworth admits that at first he thought Snow White and the Huntsman was too similar to what he had done in the past until Rupert Sanders revealed his vision for the movie.

The actor, who has enjoyed box office success already this summer with Avengers Assemble and The Cabin In The Woods, takes on the role of the huntsman in the retelling of this classic tale.

And Hemsworth hints that this movie is a much darker tale that the one that we are used to hearing.

Speaking at the UK press conference for the movie the actor said: "At first I thought it was a little too similar to what I had done before because it was fighting and a fantasy based world but I soon realised with Rupert's vision and this cast and the script it was a completely different take on the fairytale that I had known previously.

"It is a much darker, edgier, gothic almost version and it kept me guessing and I think that is what it does with an audience too."

Hemsworth is one of the most in demand actors at the moment and he is currently riding on a billion dollar wave of success with Avengers Assemble, in which he reprises the role of Thor.

And he will be back as Thor once again later this year as filming on the sequel is set to get underway.

Snow White and the Huntsman is released 30th May. 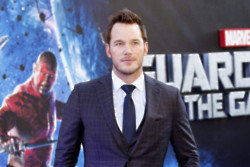 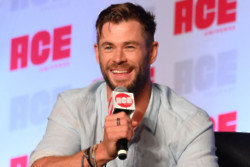 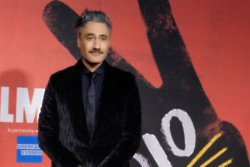