David Cronenberg: 'My movies are irrelevant to me'

'A Dangerous Method' director David Cronenberg feels his movies are ''totally irrelevant'' to him and ''doesn't worry'' if there are no links between them.

David Cronenberg feels his movies are "totally irrelevant" to him.

The movies I have done are totally irrelevant to me - I don't worry about a connection because I'm making the movie and it will be there.

The director - who is renowned for making films in the body horror genre, which explores people's fears of transformation - isn't worried if there are no links between any of his films because he sees them as standalone projects.

He said: "The movies I have done are totally irrelevant to me - I don't worry about a connection because I'm making the movie and it will be there."

But in his latest directed movie 'A Dangerous Method' - which tells the story of the intense relationship between psychiatrist Carl Jung (Michael Fassbender) and his psychoanalyst mentor Sigmund Freud (Viggo Mortensen) - David thinks there is an association between the graphic nature of the motion picture and his other films.

He added: "You could say, well, Freud insisted on the reality of the human body at a time when people didn't want to know about the body and covered it up with many layers of clothes. Freud talked about penises and vaginas and anuses and excrement and child abuse and incest. That connects this movie to my other movies."

David also draws comparisons between 'A Dangerous Method' - which stars Keira Knightley as Sabina Spielrein, a troubled woman who comes between Carl and Sigmund - and his first ever directed movie, 1966 short film 'Transfer'.

He explained to Total Film magazine: "I have to remind people that the first film I ever made was called 'Transfer' and it's about a psychiatrist and his patient, a seven-minute film." 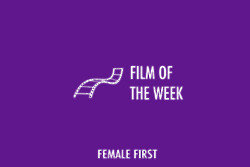