Hazzard Car Not Sold Afterall?.... Dukes Of Hazzard star John Schneider fears he'll have to resell his famous 'General Lee' car after a top bidder at a recent internet auction failed to pay up.California-based William Fisher bid $9.9 million (£4.95 million) to drive off with the car last week (04May07) - but the memorabilia collector has missed the first payment deadline.Schneider, who sold off the famous Dodge Charger car he drove in the hit TV show to pay for the sequel to his movie Collier & Co - Hot Pursuit, has filed a "failure to pay" complaint with eBay and is currently meeting with attorneys to discuss "some sort of legal action".The actor's representative Michael Barnard told Wenn that Schneider's bank bosses and eBay auction officials went out of their way to make sure the winning bid - the second highest paid for an automobile at auction - was for real.Barnard says, "We were pretty sure the bid was for real but you never can be 100 per cent with these things."Whatever happens, it's sure to be a quick sale if Schneider decides to re-sell the - Barnard reveals the actor has been inundated with offers to re-auction the car from sales houses across America.Disappointed Schneider tells Wenn, "As the week has progressed it appears more and more evident that the winning bidder has no intention of coming up with the promised fund. The deadline was missed on Monday..."I have been on the phone with my lawyer all week and am taking steps to force compliance of the winning bidder to the rules and regulations of the auction... People's word should be their bond." 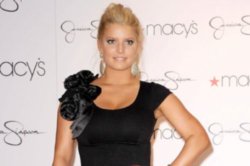