Filmclub Taking On The Sci-Fi Genre

Filmclub Taking On The Sci-Fi Genre

Filmclub, the after-school initiative for young people, will give Hollywood a run for its money in the coming weeks when members get the chance to shoot their very own Science Fiction films.

Selected schools across the South of England will get the chance to take part in one of our summer schools, where they will not only be watching classics like Flight of the Navigator and the chillingly brilliant Invasion of the Body Snatchers, but competing for a Filmclub Oscar, when they create their own version of a Sci-Fi great.

Ahead of our Sci- Fi summer Filmclub hunted down some of the best-known names in Science Fiction film to get their feedback on the scheme.

First to comment was Star Wars actor Ewan McGregor - "It’s brilliant how teachers are using movies to engage kids with the world." Self confessed Sci-Fi geek and star of the latest Star Trek smash, agreed "I think it is wonderful that something like Filmclub is being done,  people need to get behind it!"

For the ultimate seal of approval, movie legend Stephen Spielberg - director of Sci-Fi classics E.T and Close Encounters of the Third Kind made our day by telling us "what you are doing at Filmclub is amazing!"

This event is just one of the many summer film clubs that Filmclub is running around the UK this summer - all of them free to the students and schools.

And with the praise of so many stars of the silver screen, we think that Filmclub’s Summer of Sci-Fi may even launch the stars of the future.

For further details on the Filmclub please visit our website: www.filmclub.org 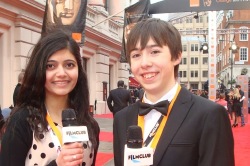 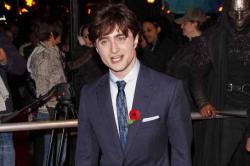