Jenna Fischer has named and shamed Hollywood playwright/screenwriter Shem Bitterman for questioning her "real actress" status when she refused to shoot an Explicit Sex Scene.The star of the U.S. version of TV hit The Office was a newcomer to movie capital Los Angeles when she met the writer at a party, and she will never forget his comments, which left her in tears.She tells Playboy magazine, "I had been living in Los Angeles for about a year and was a member of a theatre company. One night, after a play, I went to a party and ran into the playwright."He said, 'What's your story?' I said, 'I'm from St. Louis. I just got here, I want to be an actress.' He said, 'I'm writing a film, and I think you'd be great for it. But I have a question for you - would you ever do a raunchy sex scene in a movie? Like really raunchy, with nudity?' "I kind of laughed and said, 'Well, I wouldn't do anything I wouldn't be proud to show my parents.' And he said, 'Well, you're not a real actress, then.' I was stunned."He said, 'A real actress would say yes. A real actress would p**s herself onstage if that's what it took. Sylvester Stallone did porn (1970's pre-fame The Party At Kitty And Stud's, later retitled The Italian Stallion). Shelley Winters p**sed herself onstage."'Every play, every movie I write has nudity in it. You know why? Because that's how I know if I'm working with real actors. You're not a real actress.You should just go home. You don't have what it takes.' "I went home and cried and cried and cried. What an a**hole, I should have told him, 'How about I p**s on your face? Does that make me a real actress?Let's try that. I'll do that right here. I'll do that today.' Bring me Shem Bitterman".

Meanwhile in better news for the actress Jenna Fischer has called on her male fans to stop emailing her requests for a date.

The 34-year-old star of the U.S. version of TV hit The Office has been single since she split up with her husband James Gunn in November (07).

And, des.cpite her new available status, Fischer isn't impressed when lustful fans get in touch with her via her MySpaceom webpage.

She says, "No stalkers - yet. I think it's really cute when people send me an invitation to their wedding.

"But I've also received uncomfortable letters in which I'm asked out on dates - but for real, not joking. The writers have obviously read about me and made up a list of reasons they think we would make a good couple - like we're both from small towns, or they also love animals.

"I just don't get it. Do people really go out on dates when they get a letter?" 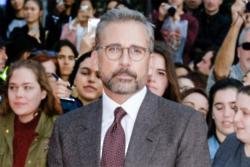 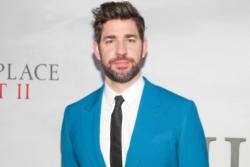 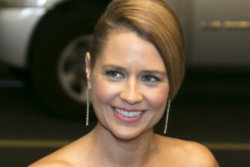 8 Things You Never Knew About Jenna Fischer And James Gunn