Johnny Depp has described working with Eva Green and Michelle Pfeiffer as 'a dream come true'.

The actor was on the red carpet at the European premiere of Tim Burton's new movie in London last night amd he had not but praise for his leading ladies.

Speaking to the Press Association the actor said: "Every day was a real treat, getting into the ring with Michelle and Eva.

"Working with them was a dream come true."

The movie is the eighth collaboration between Depp and director Buton, their first since the success of Alice In Wonderland back in 2010.

Depp takes on the role of vampire Barnabus Collins in the movie, which is a big screen version of the hit sixties TV series.

Depp, Pfeiffer and Green are joined on the cast list by Chloe Moretz, Johnny Lee Miller and Helena Bonham Carter.

Dar Shadows is released 11th May. 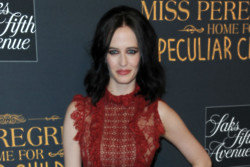 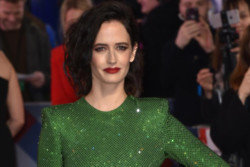