Mickey Rourke out of Expendables 2

Mickey Rourke will no longer be taking part in 'The Expendables 2', and instead is negotiating a role in Martin McDonagh's 'Seven Psychopaths'.

Mickey Rourke has pulled out of 'The Expendables 2'.

The 59-year-old actor - who played the role of Tool in the first Sylvester Stallone-directed action film - will not be taking part in the sequel, with Deadline.com reporting the pay cheque was not big enough for him to be involved in the Simon West-led project.

Instead, Mickey is now in negotiations to work on 'Seven Psychopaths' alongside Colin Farrell, Sam Rockwell and Christopher Walken.

The movie tells the tale of a screenwriter who is struggling to find a handle for his script - entitled 'Seven Psychopaths' - until he takes part in the kidnapping of a gangster's dog, which gives him the idea for a hook.

Martin McDonagh is directing the film, with Colin set to play the lead scribe, with Graham Broadbend and Peter Czernin producing.

'The Expendables' - which starred Stallone, Jason Statham, Jet Li, Bruce Willis and Dolph Lundgren - was a big hit upon its release in 2010, making $274 million worldwide on an $80 million budget.

Oscar-nominated Mickey will next be seen in 'Immortals' alongside Henry Cavill and also recently signed up to star in 'Java Heat'. 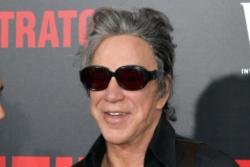 Mickey Rourke to star in Mammon 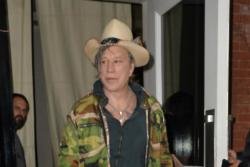 Mickey Rourke set for The Commando 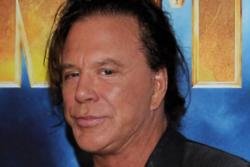