MyAnna Buring describes herself as 'lucky'.

The actress has had a fantastic 2012 which has seen her juggle big screen roles with television work.

She has starred in the likes of The Twilight Saga: Breaking Dawn - Part 2 and we will also be seeing her in new BBC drama Ripper Street and she admits that it is nice to be able to take on roles that she really loves.

Speaking to the Press Association the actress said: "Yes, I've been lucky, so, so lucky - I keep saying it, but I really do mean it! A couple of years ago, I was a jobbing actress, but I was also working in call centres.

"For the last two years I've been able to do a job that I absolutely love, and make a living out of it.

"I'm getting to play characters that I find really interesting, and work with amazing directors, actors and writers, and it's a really privileged position to be in."

Ripper Street is just one of the dramas that will be seeing Buring in over the Christmas period as she is also set to appear in the Downton Abbey Christmas Special. 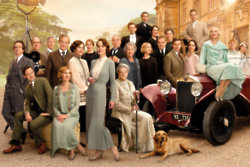 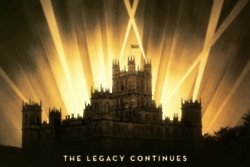