Warner Bros Sued Over The Island Storyline Rip Off

THE ISLAND ACCUSED OF BEING A COPYMovie giants Dreamworks and Warner Bros are being sued by the producers of a 1979 film, who claim the EWAN McGREGOR movie THE ISLAND is based on.A lawsuit was filed on Monday (8AUG05), alleging a number of similarities between The Island and PARTS: THE CLONUS HORROR - and a number of prominent movie reviewers agree.Both films are about a secret colony of clones bred to provide spare parts for humans.The suit also alleges the producers of Parts: The Clonus Horror showed the film to Dreamworks co-founder JEFFREY KATZENBERG - who was then at Paramount - in a bid to secure a distribution deal.The producers, MYRL A SCHREIBMAN and ROBERT S FIVESON, are seeking damages and part of the proceeds from Warner Bros and Dreamworks and have also asked the court to order the studio to withdraw the film and block further release.Fiveson, who first saw a trailer for The Island on the internet, says, "I though, 'That looks like a trailer to my movie,' right down to where key moments and shots were the same." A statement from Dreamworks insists, "The Island was independently created and does not infringe anyone's copyright." 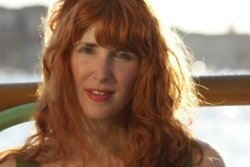