Acclaimed director Alan Taylor has reportedly been hired to helm a prequel film to the TV series 'The Sopranos'.

Alan Taylor has reportedly been hired to direct a prequel movie to the TV series 'The Sopranos'. The award-winning director has helmed a host of popular TV shows in the past, including 'The Sopranos', as well as films such as 'Thor: The Dark World' and 'Terminator Genisys'.

Taylor directed a number of episodes of the hit TV show - which starred the likes of James Gandolfini and Lorraine Bracco - and he will be returning to some of the same characters, albeit in a younger guise, when he assumes control of 'The Many Saints Of Newark', according to The Wrap.

The much-anticipated movie will be set in New Jersey in the 1960s and will be based on a script written by David Chase and Lawrence Konner.

However, specific plot details and a scheduled release date for the movie have not yet been revealed.

The film - which will be set amidst race riots in the US - will be released via New Line and the company's chairman, Toby Emmerich, has revealed he's delighted that Chase - who directed episodes in the original TV series - has decided to return to 'The Sopranos'.

He said: "David is a masterful storyteller and we, along with our colleagues at HBO, are thrilled that he has decided to revisit, and enlarge, the Soprano universe in a feature film."

The TV series - which saw Gandolfini star as the mobster Tony Soprano - ran from 1997 until 2007, and won a host of awards, including 21 Primetime Emmy Awards and five Golden Globes. 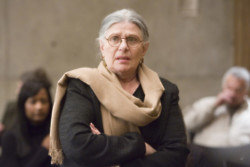 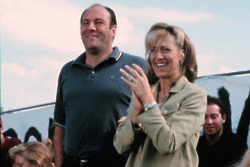