Alex Garland adapts Jeff VanderMeer's Southern Reach Trilogy into what looks to be a stunning and compelling movie, exclusively on Netflix this March.

Natalie Portman leads what looks to be one of this year’s most exciting Netflix original releases with Annihilation, directed and written by Alex Garland, and based on the best-selling Southern Reach Trilogy by Jeff VanderMeer. This week, Netflix dropped a brilliant trailer (and poster) ahead of the film’s release in March, which you can now see below:

Portman stars as biologist Lena; a woman who joins an expedition into a mysterious region of America sealed off by the U.S. government. Her journey begins following the vanishing of her husband during a secret mission, and when he makes his return from a place called “The Shimmer”, it’s clear that whatever is inside the mystical place has had some very adverse effects.

Looking like a modern-day Jurassic Park, but with a whole host of fictional creatures that we’ve never seen before, Annihilation looks terrifying, compelling, and utterly brilliant. The bulk of the adventure takes place inside an expanding phenomenon that threatens to take over the American coastline, and once those putting their lives on the line are inside it, they realise that their sanity is also on the line. This is a world where the laws of nature do not exist.

An all-star cast including Oscar Isaac, Jennifer Jason Leigh, Tessa Thompson, Gina Rodriguez and Tuva Novotny join Portman in the flick, and with a budget of around $55 million, Netflix will be hoping it becomes another huge success like their recently-released original movie Bright.

We can’t wait to get watching! 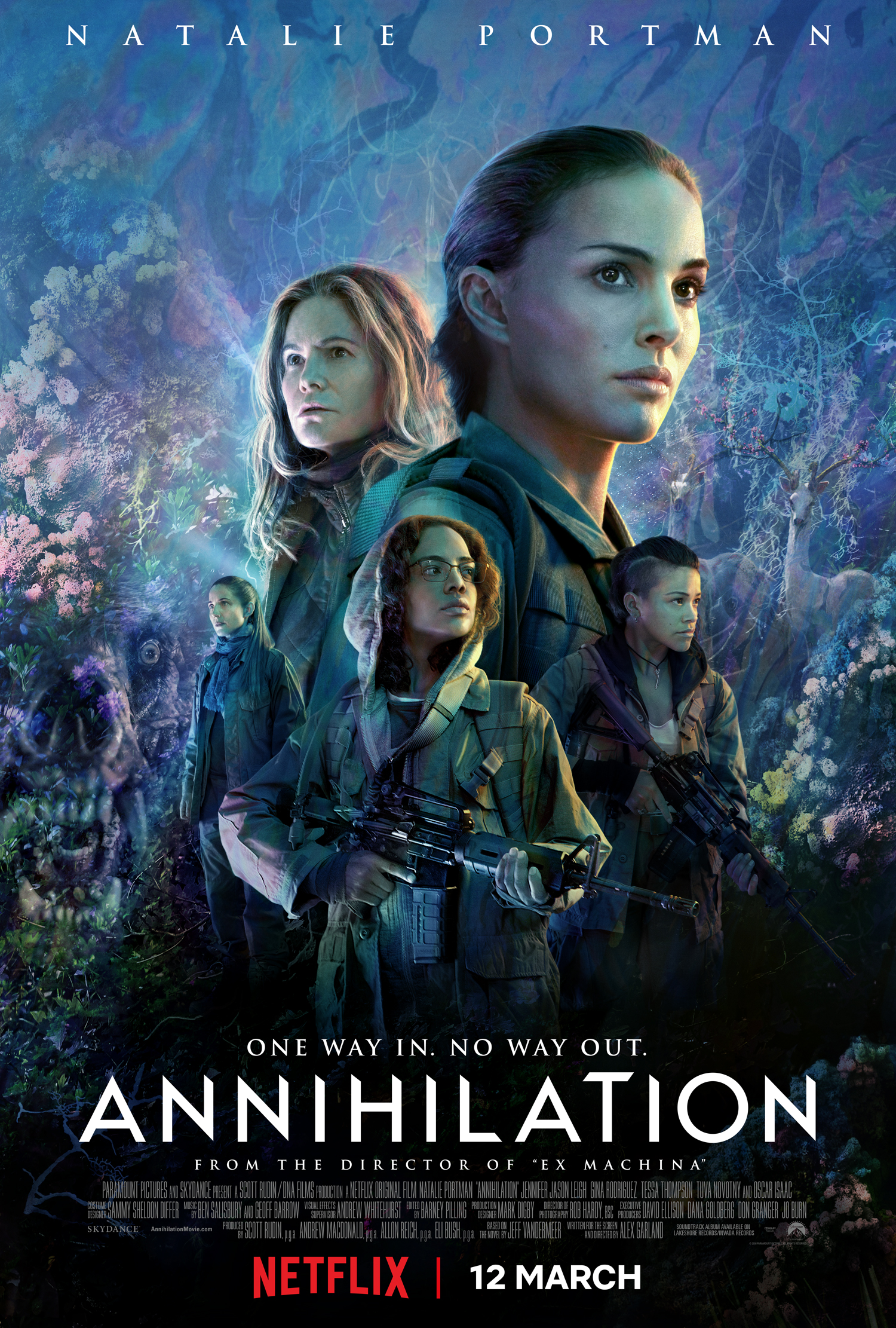