The film's already taken in over a billion rubles in Russia's box office.

Fedor Bondarchuk returns to filmmaking with upcoming release Attraction in 2018; the first ever Russian movie based on an extra-terrestrial invasion on planet Earth. This week, the UK trailer for the flick has been revealed, teasing an exciting and explosive adventure following the crash-landing of a mysterious object in Moscow. You can check out the teaser below:

Lofty expectations surround the flick following the huge success of Bondarchuk’s box office smash Stalingrad, and with the movie getting such a worldwide release, there are legions of curious potential viewers who want to see what all the fuss is about.

Taking place in Russia, a mysterious flying object is shot out of the sky by the Russian Air Force, which serves as the catalyst for a series of dramatic events that unfold in a former working class suburb that has been overwhelmed and turned to rubble because of the disaster.

Whilst the military do their best to maintain the peace, they struggle as fear and anger takes over, leading up to one of the almightiest wars the planet has ever seen – that between the inhabitants of Earth and the invaders from another galaxy.

Previously chatting about the film, the script writers said that it was inspired by the 2013 Biryulyovo riots, and principle photography started in November of 2015. Already amassing a mighty box office in its native Russia and taking in over a billion rubles by the end of its run there, it’s going to be very interesting to see how the worldwide cinemagoers react to the release.

Attraction comes to cinemas across the UK on January 19, 2018.

6/10 Men have lucky underwear for dating

Why altruism makes you more attractive 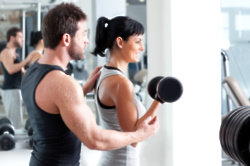