One man, along with a robot and his dog, must get to safety before time runs out...

Tom Hanks (The Green Mile, Forrest Gump) stars in this outstanding-looking movie about a man at the end of the world who finds a friend in an adorable dog, and tries to survive the harsh wasteland the world has become, with the help of a new robot companion.

Finch follows the titular character, along with his dog and the robot he created to look after his canine friend after he is gone, on a powerful and endearing journey about life, love, and family.

Finch is a robotics engineer, and one of the only survivors of a catastrophic solar event that has left the world a baron, dangerous wasteland. He has been living in an underground bunker for 10 years, creating a world to call his own, with the company of Goodyear, his sweet dog.

He decided to build a robot (voiced by Caleb Landry Jones), who he hopes will watch over Goodyear when he is no longer around.

The trailer for Finch showcases Hanks’ incredible ability to combine humour and seriousness when it matters, and boasts a hilarious yet challenging narrative. The plot is an original, charming story that will surely show us all what it means to love, and what it is to be loved.

Finch, Goodyear and Jeff may not always get along, but isn’t that just part of life? Jeff seems to be a completely unique character, with a brilliant sense of humour and the willpower to love and look after Finch’s canine companion; even if Goodyear isn’t too keen on the idea.

The first look photo for Finch simply shows the three characters lined up, looking ready to embark on their pivotal journey to the mountains.

This image alone suggests that Finch will be a standout feature; the set design appears metallic yet safe, Goodyear looks alert and ready to take on anything, but Finch seems concerned and worried, something that will likely be alleviated by Jeff and Goodyear as the movie progresses.

Finch’s odd trio of characters already makes it something special, and while we’ve seen many differing characters join forces over the years, one man, joined by his dog and the robot he made himself, has a very wholesome ring to it.

Finch will stream globally on Apple TV+ on November 5th, 2021. 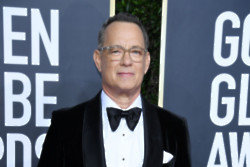 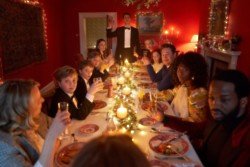 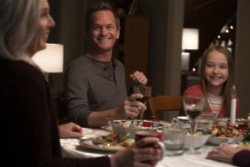