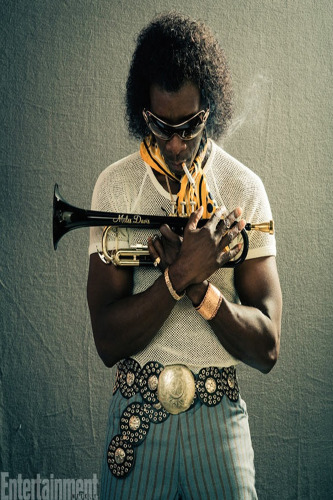 Don Cheadle will be returning to the big screen as Miles Davis in Miles Ahead, and a brand new image from the film has been released.

As well as taking on the role of Davis in the film, Cheadle is also in the director's chair for the film.

Entertainment Weekly has released the first picture of Cheadle as Davis, and he looks terrific.

Miles Ahead is a biopic picture, but it will focus on one period in Davis' life: the movie will follow the musician as he returns to music after five years away.

A great cast has been assembled for the film, as Cheadle stars alongside Ewan McGregor, Emayatzy Corinealdi, and Michael Stuhlbarg.

We haven't seen Cheadle on the big screen since Iron Man 3 dominated the box office last summer, however, he continues to enjoy success with TV series House of Lies.

No UK release date for Miles Ahead has been announced.