The sci-fi movie is making its way into the homes of fans in early 2022.

Warner Bros' recent release Dune arrived in cinemas on October 23rd, 2021, and was a hit with audiences. The sci-fi movie was an exciting, intriguing tale with a stellar cast and a genuinely brilliant narrative. Zendaya gives the performance of her career as Chani in Dune / Picture Credit: Warner Bros. Pictures

Dune was originally a book which was written in 1965 by Frank Herbert. This source material is rather difficult to tackle, but it seems that this year’s version of the story, directed by Denis Villeneuve, was the perfect beginning to a new franchise.

The movie was such a success, that talks of Dune 2 have already resulted in a release date being set; while this may change, Dune 2 is scheduled to hit the big screen on October 20th, 2023.

It was unclear, before the film’s release date, whether general audiences would be interested in this epic adventure. For those who have read the book and/or seen the 1984 version, Dune may have appeared high on many watchlists, as seeing a new version of old material will always peak interest with fans.

However, Warner Bros. seemed unsure whether or not general audiences would be interested in Dune. Of course, we now know that both fans and general moviegoers adored this unique adaptation; at the moment, Dune’s worldwide box office total stands at $367 million, which is excellent for a pandemic-era release.

Dune was also released onto HBO Max, and Warner Bros. was so impressed with the feature’s performance that the company greenlit Villeneuve's second part just days after its release.

Dune: Part 2 has fans expecting to see the return of cast members such as Timothée Chalamet and Zendaya.

Warner Bros. has now revealed exactly when we'll be able to get our hands on Dune at home, along with the special features we'll see as part of those releases.

The Blu-ray has some amazing special features, and lots of them. See how the menacing Sandworms were designed, get to know the clunky Spice Harvesters and, much more. 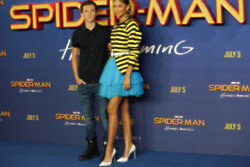 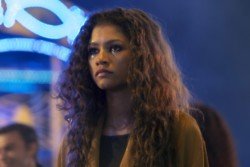 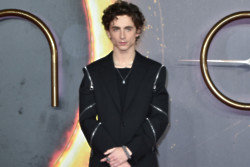