Elisha Cuthbert has joined the cast of 'Goon: Last of the Enforcers'.

Cuthber will appear in the sequel to the 2011 sports comedy 'Goon', which starred Seann William Scott and Jay Baruchel.

The 32-year-old star is set to play the sister of Eva (Alison Pill), alongside Seann who returns as Doug 'The Thug' and Liev Schreiber, who will reprise his role as Ross Rhea.

The original film told the tale of a man who became the enforcer for a small league ice hockey team, while the upcoming production - which is set to begin filming later this month in Toronto - will reportedly show the 'Halifax Highlanders' bringing on a new team of players in the midst of a professional hockey player strike.

As well as starring in the film, Jay Baruchel, 33, will make his directorial debut with the movie, while the second instalment will be produced by David Gross, Jesse Shapira and Jeff Arkuss.

Elisha previously starred opposite Seann in the indie comedy 'Just Before I Go', directed by Courteney Cox, and most recently headlined the ill-fated NBC sitcom 'One Big Happy', which was axed after just six episodes. 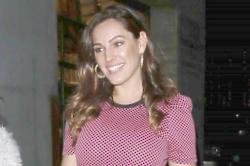 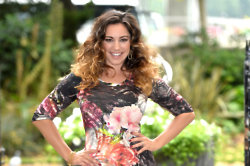 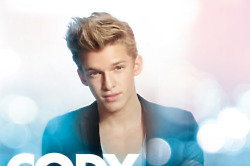 Cody Simpson Voted Off America's Dancing With the Stars