Evil Dead has stormed to the top of the U.S. box office ending the one week reign of G.I. Joe: Retaliation.

The movie is a remake of the 1981 classic that sees Fede Alvarez in the director's chair and Sam Raimi serving as producer.

The movie took $26 million in it's opening weekend on release and snatched the top spot away from the action film.

Animation movie The Croods was also down one spot at number two while Jurassic Park 3D was new at four.

Jurassic Park is the latest movie from the past to be given the 3D treatment and a re-release - it was the second and final new entry on the chart this week.

Olympus Has Fallen was down one as it rounded off the top five as Tyler Perry's Temptation: Confessions of a Marriage Counselor was down three at six.

Oz The Great and Powerful and The Host were both two place fallers this week as they finished the weekend at seven and eight.

The Call and Admission were also down two as they completed the top ten. 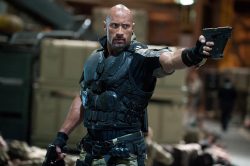 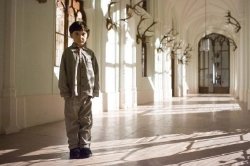