Hailee Steinfeld has revealed that she was part of the casting process for Romeo and Juliet.

The Oscar nominated actress is set to take on the role of Juliet in a brand new adaptation of the William Shakespeare play.

And she says that she got a better understanding of the casting process and finding the right chemistry by being involved.

Speaking to Company the actress said: "I was a part of the casting process. This was only my second film after True Grit and I remember then that Jeff Bridges said they were anxious about who they were going to cast as the girl - and I never really understood why, until I went through the test process with Romeo and Juliet.

"You have so many talented people, but it's all about finding the chemistry. As well as the chemistry between us, he was passionate about the project and took it seriously."

Douglas Booth will take on the role of Romeo in the Carlo Carlei directed film - which has been adapted by Julian Fellowes.

Romeo and Juliet is just one of a range of movies that we are going to be seeing Steinfeld in over the next twelve months as she has also completed work on The Horseman, Hateship Loveship, Ender's Game, Three Days to Kill and Can A Song Save Your Life? 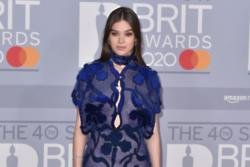 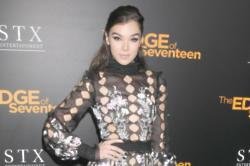