Guy Nattiv sits in the director's chair for the upcoming feature.

Production has officially gotten underway on Guy Nattiv's upcoming feature Golda in London and today, a first look image of Hollywood star Helen Mirren has been revealed, showcasing exactly how she will look in the titular role of Golda Meir.

As Israel's first female Prime Minister, Meir is described by Mirren as "a formidable, intransigent and powerful leader", noting that "it is a great challenge to portray her at the most difficult moment of her extraordinary life.”

Meanwhile, director Nattiv commented: "I have long been an admirer of the great Helen Mirren. She has melted so brilliantly into Golda Meir's character with incredible talent, intelligence, depth and emotion, doing justice to the richness and complexity of this incredible woman.”

Written by Nicholas Martin, Golda is a thriller which will explore the intense and dramatic events of Meir's reign as PM during the Yom Kippur War in 1973. The actions that she took at the time ultimately decided the fate of millions of lives

Camille Cottin has joined the cast to take on the role of Golda's long-time personal assistant Lou Kaddar, who stood beside her during the war.

Cottin has in recent years enjoyed huge success in France with her sketch comedy Connasse, then impressed audiences internationally as the lead in Call My Agent. She also reprised Phoebe Waller Bridge's Fleabag character in French, in Mouche, and appeared in modern-day classic, Killing Eve. Fans will next see her in Ridley Scott's feature film, House Of Gucci.

Golda will film for six weeks in London and on location in Israel. We'll bring you release news as and when we get it.

MORE FROM MOVIES: Seven films that will help us all unleash our inner princess 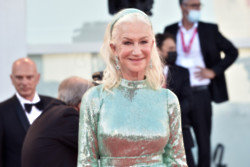 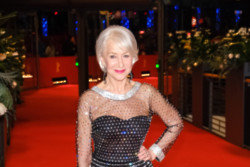 Helen Mirren would be a Slytherin in Harry Potter

Helen Mirren loves the 'chaos' of the runway