John Krasinski’s ‘A Quiet Place’ is set to get a spin-off helmed and written by Jeff Nichols, which will be connectd to the events of the hit horror flick.

John Krasinski’s ‘A Quiet Place’ is set to get a spin-off helmed by Jeff Nichols. The 41-year-old actor directed and starred in the 2018 post-apocalyptic science fiction horror film - which is set to get a sequel in 2021 - and has now teamed up with ‘Mud’ and ‘Loving’ helmer Jeff Nichols on a spin-off movie, which will be connected to the events of the hit Paramount movie.

According to The Hollywood Reporter, Krasinski - whose wife, Emily Blunt, also stars in both ‘A Quiet Place’ and the upcoming ‘A Quiet Place II’ - came up with the idea for the new story, but Nichols will be writing and directing the project.

Krasinski will be on board as a producer through his Sunday Night banner, alongside Michael Bay, Andrew Form and Brad Fuller.

‘A Quiet Place’ follows the story of a family trying to survive in a post-apocalyptic world in which creatures with heightened hearing used sound to devour humankind.

The picture proved to be a cultural phenomenon with both critics and audiences, raking in over $340 million worldwide on a budget of less than $20 million, and nabbing an Oscar nomination for best sound editing.

‘A Quiet Place Part II’ was originally scheduled to open March 20, 2020, but the release was postponed several times due to theatre closures and coronavirus lockdowns, and it is now scheduled for release now on April 23, 2021.

The sequel will follow the same family continuing their fight for survival outside of their hometown, and although Krasinski’s character died in the first movie, he will make an appearance in the sequel through flashback sequences.

As of the time of writing, the plot for the spin-off is not known, and there have been no casting announcements or release date information. 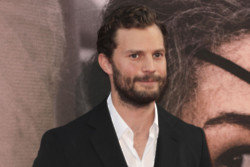 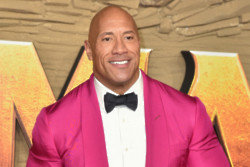 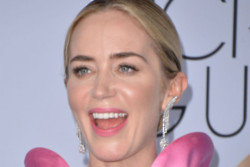