Actor Josh Lucas thinks his performance in 'Murderous Trance' got better with a lack of sleep.

Josh Lucas thinks his 'Murderous Trance' performance got better the less he slept. The 49-year-old actor plays the sinister role of Bjørn Schouw Nielsenin the psychological thriller based on the true story of a hypnosis murder in Denmark in the 1950s, which is the only known case where the court proved a hypnotiser guilty for manipulating someone else to commit a crime.

Opening up on filming in Croatia on the 'On with Mario Lopez' podcast, he said: "We shot my entire part in eight days, and I was so severely jet-lagged that I didn't sleep.

"You know how when you don't sleep or you're badly jet-lagged and you have this nasty little temper? Well that's exactly what was happening to me."

Lucas joked he might consider the method for future roles because it went so well.

He quipped: "Every day I got a little worse, and my acting for a little better. Maybe that's the key to me being an actor, not sleeping."

The movie - which premiered at Warsaw Film Festival in late 2018, before its 2019 US theatrical release was cut short due to COVID-19 the following year - received a digital release this month.

Lucas revealed some critics have compared his character to 'Silence of the Lambs' villain Hannibal Lector.

He added: "It's a very scary, interesting movie. People keep saying it's got a bit of a Hannibal Lecter quality to the character, but it's a true story."

The star also admitted he isn't a fan of watching horror movies, but he can't wait for 'The Forever Purge' to be released.

He said "I can't overstate how excited I am about this movie. I, honestly, am not the biggest fan of horror films. But man, it is political, it is terrifying, it is dark and deep." 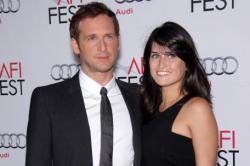 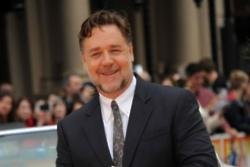 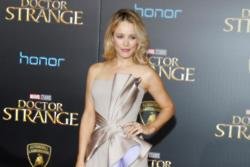