The titular role of Kim Possible, and that of Ron Stoppable, have now been filled for Disney Channel's upcoming live-action Kim Possible movie.

Disney Channel have this week announced that Sadie Stanley and Sean Giambrone will be stepping into the respective roles of Kim Possible and Ron Stoppable in the upcoming live-action Kim Possible Disney Channel Original Movie. Set to debut in 2019, the comedy-adventure flick will go into production this summer, following the story of an everyday high school girl who spends her free time saving the planet from villains. 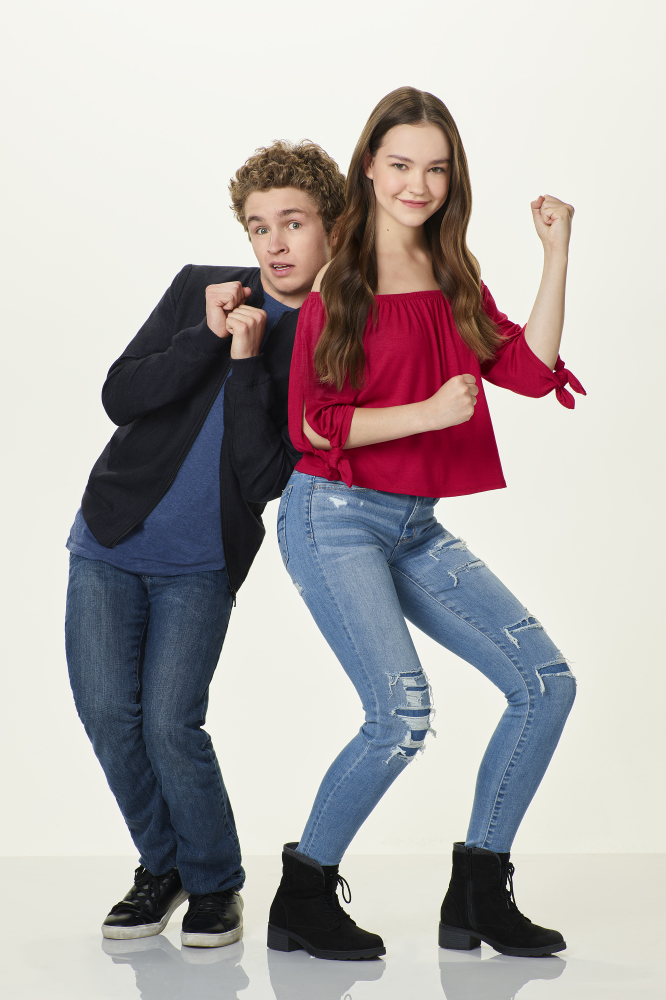 She added: “Sean is such a magnetic actor; he always finds the right balance of physical comedy and heart. We’re excited for audiences to see Sadie and Sean bring these iconic roles to life.”

Sadie, 16, hails from Columbia, South Carolina, and prides herself on landing the first ever role she auditioned for. Since guest-starring on Game Shakers, she’s somebody who clearly has a very successful future ahead of her.

Sean, 18, stars in The Goldbergs on ABC, and is set to film the Kim Possible live-action movie before returning to that show’s sixth season production in the summer.

Emmy Award-winning Mark McCorkle and Bob Schooley have teamed with Josh Cagan to write the script for the movie, with McCorkle and Schooley also serving as executive producers alongside Zanne Devine. Adam B. Stein and Zach Lipovsky meanwhile will co-direct and co-produce.

We’ll bring you more news on Disney Channel’s live-action Kim Possible movie as and when we get it.