The new artwork for the next Marvel movie is causing chaos among fans!

The Marvel Cinematic Universe (MCU) has always been a beautiful, thrilling journey, but this year (2021), the franchise has headed in a completely new direction. Not only are new characters and stories being introduced, old characters are facing threats never before seen in the MCU.

It feels safe to say that almost everyone adores Tom Holland’s version of Spider-Man/Peter Parker. He’s the right age, he’s witty, and has a genuine compassion for those around him, as well as showing some love for himself, too.

Only two days ago (November 8th, 2021), Marvel unveiled a new poster to showcase the events of upcoming feature, Spider-Man: No Way Home. This is definitely very exciting, as it gives fans yet another glimpse of the villains that will be included in the upcoming MCU movie.

No Way Home is set to follow the events of Spider-Man: Far From Home, as Holland’s Spidey deals with the mess Mysterio (Jake Gyllenhaal) made when he told the whole world Spider-Man’s true identity.

Peter is now in the public eye as the man behind the mask, and is being bereted and judged everywhere he goes. So, in a bid to turn back time, he goes to see Doctor Strange (Benedict Cumberbatch) who, against the advice of his friend Wong (Benedict Wong), casts a spell for Peter in which the entire planet will forget who Spider-Man really is.

However, Peter’s constant questioning of the spell causes Strange to lose focus, and it seems that chaos will ensue...

The newly revealed poster for No Way Home shows us some very exciting things. First off, we all know that Alfred Molina, who played Otto Octavious in Spider-Man 2, will be back, so the poster is mainly focused on his metallic tentacles.

It also shows some sand in the background, along with strikes of electricity; this of course is pointing to the return of Sandman (Thomas Haden Church) and Electro (Jamie Foxx), both from different Spider-Man franchises.

If this isn’t exciting enough, the return and perhaps remodelling of some iconic Spidey villains is also a talking point; the poster shows us, if we look closely, a certain Green Goblin flying behind our titular hero.

In the first trailer for No Way Home, despite the iconic Pumpkin Bomb that inferred Willem Dafoe’s Goblin to return, there was still speculation that it could be another version of this villain.

However, much to the genuine delight of potentially every Marvel fan, the Goblin shown in the poster art is definitely Dafoe’s iteration. His character was brilliant and spanned all three original Spider-Man films, so it will be more than exciting to see this version of Green Goblin go head-to-head with Holland’s Spider-Man.

So, with the poster now seeming to solidify at least some of the upcoming villains, there is still a lot of room for Marvel to throw some curveballs our way; fans still suspect the inclusion of the two previous Spider-Man actors, Tobey Maguire and Andrew Garfield, who both state they are not involved. The fans, however, don’t seem to be convinced... 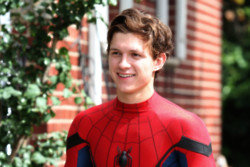 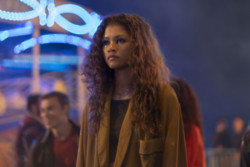