The Martian is set to be one of the must see September movies and one of next month's films that I just cannot wait to see. 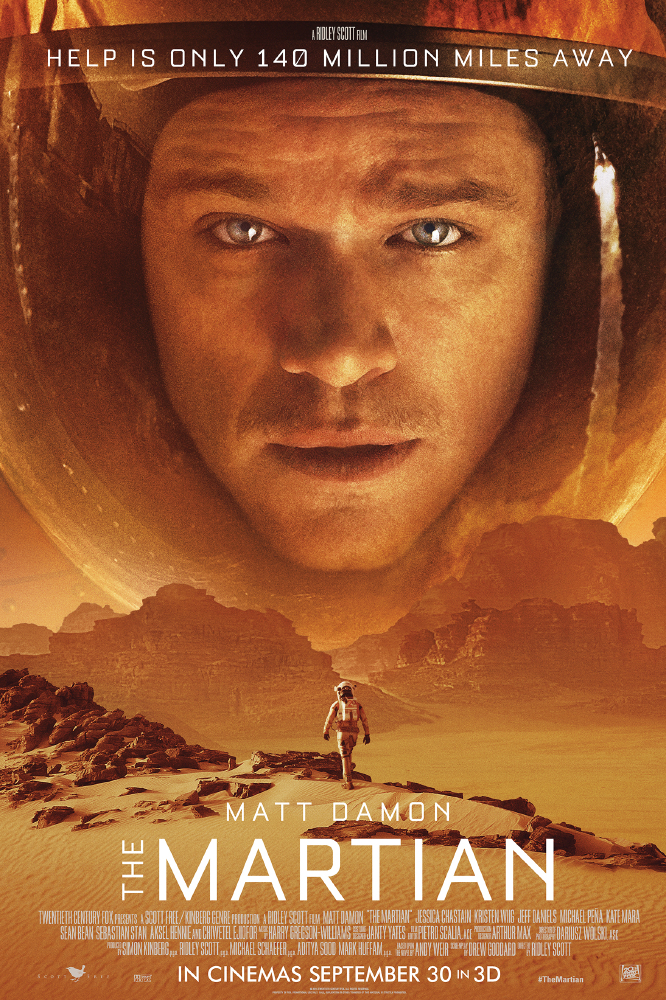 The Martian marks the return of Matt Damon to the big screen as he takes on the central role in the adaptation of the best selling book by Andy Weir. And it is Damon who takes centre stage in the brand new poster for the film.

The film sees Damon team up with director Ridley Scott for the first time and it is always great to see this filmmaker back. This is his first film since Exodus: Gods and Kings and sees him return to the science fiction genre.

There's excitement building around the release of The Martian and I really cannot wait to see what Scott, Damon and co deliver - it looks like it is going to be another space adventure that is not to be missed.

The Martian is released 30th September