A sea monster ventures far from home, and has the best summer of his life!

Today (August 23rd, 2021) marks the release of Pixar’s Luca on Digital, 4K Ultra HD, Blu-Ray and DVD! Now everyone can enjoy the wonderful tale of an undersea boy who just wants to spread his wings. 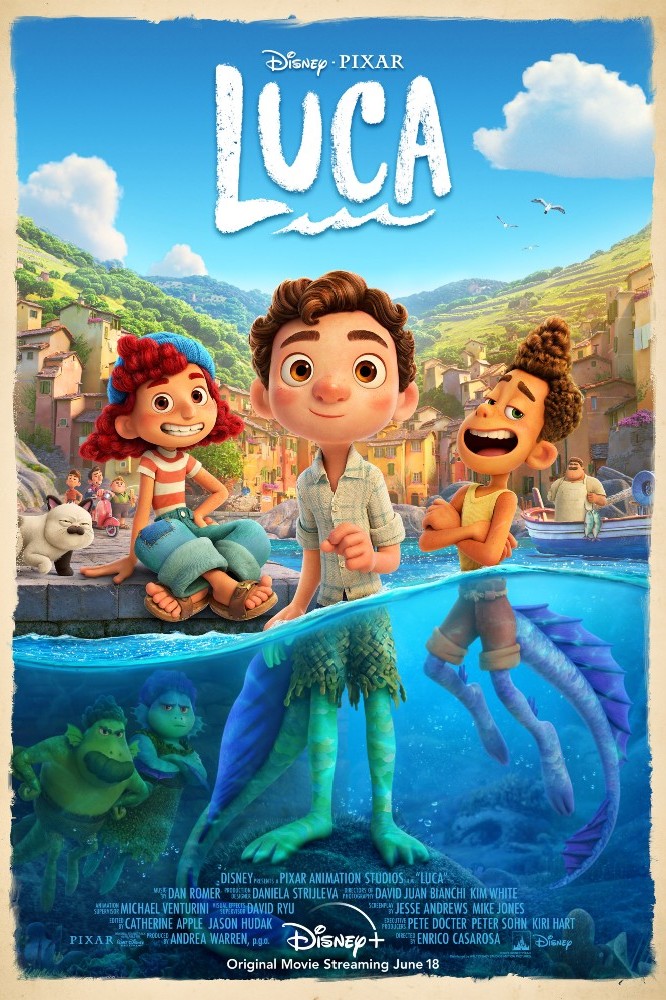 Luca has landed on DVD! / Picture Credit: Disney and Pixar

Luca (Jacob Tremblay) is a sweet, by-the-books sea monster, who lives in a farmer-like area in the ocean, where he herds fish day in day out.

One day, Luca discovers things descended from the surface, and after meeting outlandish sea monster Alberto (Jack Dylan Grazer), decides to branch out and explore the world up above.

The boys, after Luca’s mother Daniela (Maya Rudolph) threatens to send him to The Deep for going to the surface, decide they want to travel to the nearest town and explore the wonderful world of humans.

However, upon arrival, they learn that this idyllic town doesn’t take to sea monsters lightly, so they must avoid water at all costs.

Their dream is to own a Vespa and, after learning they can win a race to get one, it seems nothing can stand in their way; well, almost nothing.

After wanting to watch Luca for a while, I was more than happy to receive my copy; and I was anything but disappointed.

Luca is a beautiful, charming coming of age movie about a boy who just wants to break free of daily routine, and live another, more exciting life away from his overly-worried parents.

Right away, Luca seemed the perfect protagonist for this film. He is adorable, naive, and after meeting Alberto, his excitable and more daring side comes out, which I loved.

Alberto is a more outgoing boy who is also a sea monster like Luca; together, they explore the amazing world of humans and are encapsulated by the things they discover. Their friendship is so genuinely beautiful and heart-warming, and their opposing personalities end up helping each other with their biggest problems.

The character design was stunning, to say the least. Luca’s blue-green scales, long tail and adorable round sea monster eyes were amazing, and the title of ‘monster’ felt a little unfair! The same goes for Alberto, as his purple-blue scales and frills looked stunning, and the boys’ differing appearances were suggestive of their emotional variations, too.

The pair come across strong-minded Giulia (Emma Berman), who is determined to win the yearly triathlon in this Riviera town, if only to get one over on the extremely annoying Ercole Visconti (Saverio Raimondo), a grown man who seems to enjoy besting children at sports...

Together, Alberto and Luca get to know Giulia, and Luca begins to learn about the solar system, and the galaxies, planets and everything else that goes with it; his dream of a Vespa seems to be shifting into something else, as he reads about the unknown wonders of the human world.

Their discovery of gelato is adorable, and the way the navigate this alien world was hilarious, as they sometimes came in contact with water and, while they were quick to dry off, one judgemental cat still knows their secret.

I adored Luca for so many reasons, but the classic coming of age story was made into something so unique and special within this movie; Luca’s wish to learn and grow was admirable and charming, and Alberto’s outgoing personality stuck, even despite his rather sad past.

The character design was flawless, the story was clever, special and genuinely enjoyable, and Luca could not have been more lovable. The duo of sea monsters help one another with their issues without even realising it; Alberto brings Luca out of his shell, and Luca shows Alberto that he deserves love, and that he isn’t alone.

Alberto and Luca’s personalities are perfectly different, and the way they become friends and enjoy one another’s company despite being dissimilar is so relatable for kids, as spending time with people unlike yourself is so important.

Luca was an outstanding film and, while it has a lot of competition in the form of other Pixar movies, I believe it to stand rather tall among the rest. It was a beautiful and hilarious story, one which I simply adored from start to finish.

The special features for Luca were really fun and interesting, as they explored the film and all the complicated yet wonderful ways that the film became a reality.

Our Italian Inspiration was a short section about how the fictional town that Luca takes place in came to be. The crew travelled to a myriad of places, bringing different people with them for a fresh perspective. I loved learning about the inspiration for the Riviera in the movie, and it was great to see the collective creative process.

Secretly a Sea Monster showed me how the design for Luca and Alberto (and other sea monsters) was created, and how difficult the transformation process (when they turn from sea monster to human) was. There is talk of how the special effects worked, and how hard it was to get the characters to look just right.

Best Friends shows the cats and crew of Luca discuss their own best friends, and how the director’s (Enrico Casarosa) best friend led to the hilarious duo of Luca and Alberto.

There are also some brilliant deleted scenes to watch through.

Luca is available on DVD, Blu-Ray, Digital, and Ultra 4K from today!

Check out the trailer for Luca below! 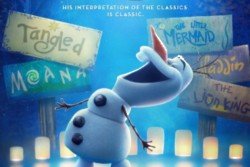 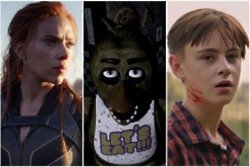