Movies Celebrating Their 10 Anniversary in 2015

2005 was a terrific movie year but it is hard to believe that all the films that hit the big screen that year are celebrating their tenth anniversary. Which movies did you head out to watch at this cinema ten years ago? 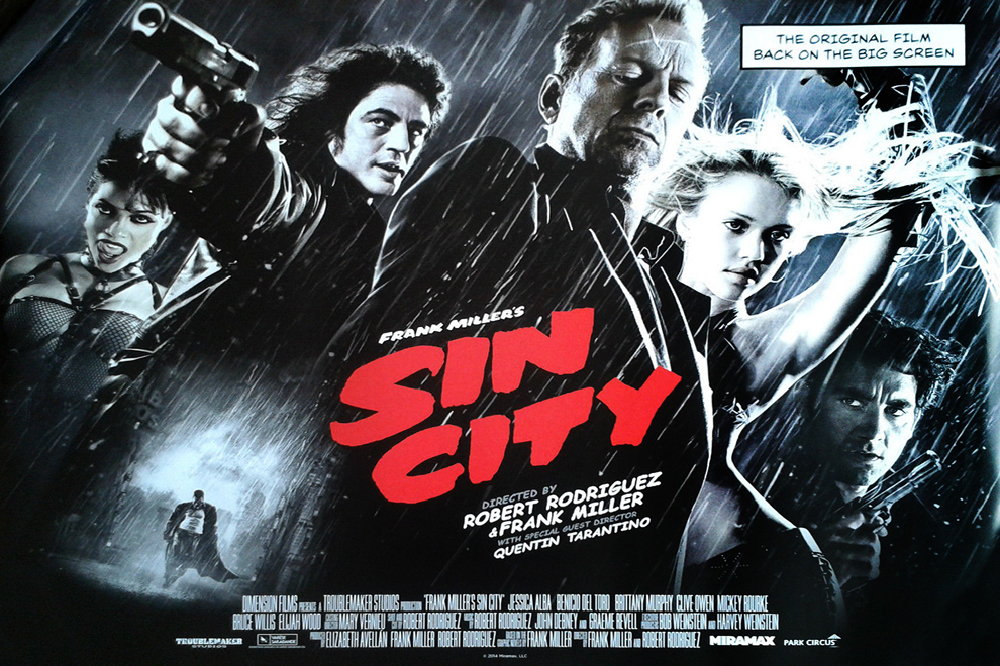 It is amazing that ten years have gone by so quickly but we take a look back at some of our favourite movies that were released this year.

When it came to movies back in 2005, one of the most talked about and anticipated came in the form of Sin City, which was based on the graphic novels of the same name by Frank Miller. The movie was written, produced, and directed by Miller and Robert Rodriguez and was based on the first, third and fourth books in Miller's graphic novel series.

For me, Sin City was the best movie of the year and remains one of the most visually stunning films of recent years. It is an incredibly realisation of Miller's graphic novels as this world and these characters are brought thrillingly to life.

There is something stylish and incredibly seductive about the black and white images that are shattered every so often with a great flash of colour such as yellow or red. However, this is not a movie that is style over substance. Marv, Hartigan, and Dwight are the film's three main characters and these are well rounded, interesting and have some complex relationships that they need to work out during the course of the film - they are not merely two-dimensional characters that are driven by violence.

Of course, violence does play a big part in this film but there is also an energy, a passion, and a sense of fun that drives the film forward from start to finish. Sadly, all this was missing in the sequel Sin City: A Dame to Kill For - which we all waited nine years for. Everything that made this first film so great was lost. If you are new to the Sin City movies, just stick with the first one as it is everything you would want from a film noir movie.

Sin City was both a critical and commercial success when it was released back in 2005 and there was no other film like it on the big screen that year. It remains one of the most original looking movies of the last decade. It's such a shame that the sequel didn't live up to the lofty expectations that many of us had.

Joe Wright has become one of this country's best and brightest filmmakers but it was back in 2005 when he made his feature film directorial debut with an adaptation of the Jane Austen classic Pride and Prejudice.

The movie saw Wright team up with Keira Knightley for the first time - they would go on to reunite for Atonement and Anna Karenina - as she took on the central role of Elizabeth Bennet. Knightley was joined on the cast list by Matthew Macfadyen, Brenda Blethyn, Donald Sutherland, and Rosamund Pike.

Pride & Prejudice was the movie that immediately put Wright on the map and it is hard to believe that this movie marked his feature film directorial debut. While we have seen many adaptations of this much-loved novel for both TV and film over the years, there was something incredibly fresh about Wright's adaptation and you never felt you were covering the same old ground and story as an audience member.

When it comes to Pride & Prejudice, the casting of heroine Elizabeth Bennet is the most important point... and Keira Knightley really does do a fantastic job in the iconic role. Much like the film, there is modern feel to this character - she is very much a woman ahead of her time and wants to live her life on her own terms and her own way.

I have always been a big fan of Knightley and she really does breathe new life into this character, capturing her stubbornness, her strength, and her vulnerability beautifully. Knightley has a terrific chemistry with Matthew Macfadyen, who takes on the role of Mr Darcy, and the pair bicker and banter beautifully from the moment that they meet. They are two characters that you root for right from the beginning.

Pride and Prejudice was met with acclaim when it was released and went on to be nominated for four Oscars, including Best Actress for Knightly - it was to be the first Oscar nomination of her acting career; she lost out to Reese Witherspoon for her performance as June Cater in Walk The Line.

After the not so great Batman movies of the mid-nineties it looked like that franchise really had been dragged through the mud and this was a character that we would not see back on the big screen for quite some time… in 2005 director Christopher Nolan came along and breathed new life into this bruised and battered character.

Batman Begins is a movie that is dark and brooding and really sets the tone for the entire trilogy. Of course, Nolan does go back over aspects of the story that we know so well - the murder of Bruce's parents - but he doesn't liger long there and quickly moves on to explore a central character that really does feel incredibly fresh and new.

This is a movie that has been crafted with a lot of love and respect for the original creation and you can see that Nolan didn't want to repeat the mistakes of the past. By doing so, he has created a movie that is as intelligent as it is action packed and is filled with interesting and complex characters.

In my opinion, Bale is the best Batman as he brings a real gravitas and a real intensity to this incredibly interesting - and at times conflicted - character. Bruce Wayne becomes interesting in The Dark Knight as the ideas of good and evil are explored and you see his integrity and his desire to do the right thing pushed to the limit by the Joker.

While Batman Begins is a movie that very much sets up the trilogy, it is a movie that stands perfectly well on its own with its rich characters and storyline. The movie was met well by the critics upon release and went on to gross over $374 million at the global box office.

Sadly, Serenity was one of the most overlooked movies of the noughties and it really was one of the most terrific science fiction movies that I sat down to watch in the cinema that year. Directed by Joss Whedon, Serenity was a continuation of his rather short-lived television series Firefly and the film takes place after the events of the final episode of the series.

Serenity was the first feature film of Whedon's career as he teamed up with Nathan Fillion, Gina Torres, Alan Tudyk, Morena Baccarin, and Adam Baldwin were just some of the names that were on board. After taking on two new passengers, the crew of Serenity have to try to evade an assassin who has been sent to recapture one of their new crewmates - who is a telepathic.

You do no have to have seen Firefly to sit back and enjoy Serenity - I had not seen the TV before I watched this movie and I haven't gone back to the show since watching and loving this film. While it is a great addition for any fans of Firefly, this is a movie that stands perfectly well on its own.

First and foremost, this is a movie that truly spectacular on the big screen as we are plunged into space and taken on a wild and incredibly exciting ride with some terrific characters. While many of Whedon's film and TV projects have looked fantastic, he has always put story and characters first and that is exactly what he did her. The crew of the Serenity are a family and it is great to explore the relationships - and sometimes tensions - between them.

Serenity is a fast-paced adventure that is wittily and intelligently written - I loved the banter and the dry humour that is banded around between the central characters. It was easily one of the best science fiction films that I watched that year and it remains one of the most exciting and engaging space adventures in recent years. This is a movie that you have to check out if you were a fan of the original TV series or a fan of this genre.

While the critics warmly received Serenity, it was a movie that really did struggle at the box office. However, this does not stop it from being a really terrific watch.

Tim Burton is one of the most visionary filmmakers working in Hollywood today and in 2005, he turned to stop motion animation for Corpse Bride. Burton was no stranger to this type of film genre, having produced The Nightmare Before Christmas and James and the Giant Peach, but this was the first stop motion animation film that he had directed.

Set in the Victorian era, Corpse Bride followed Victor, a shy groom who practises his wedding vows in the presence of a deceased young woman. She rises from the grave assuming he has married her and puts Victor's wedding in jeopardy. The movie saw Burton reunite with Johnny Depp - who voiced the character of Victor - while Helena Bonham Carter, Emily Watson, Albert Finney, Richard E. Grant, and Christopher Lee also lent their voices to the film.

Corpse Bride is one of the best movies from Burton as it is a macabre and funny film that really does turn life and death on its head. The living world is grey and drab while the land of the dead is vibrant and full if life, laughter, and music. It really is a very typical Tim Burton movie and you can recognise is gothic palette immediately.

While there may be a macabre feel and rather dark look to the film at times, Burton has made sure that there are some great comic moments and characters that really do lift the feel of the whole film. I think that it is a movie that is a lot of fun and really looks fantastic. I have been a fan of stop-motion animation films for many years and Corpse Bride is one of the best in recent years.

Corpse Bride was both a critical and commercial success upon release and went on to be nominated for the Best Animated Feature Oscar - however, it lost out to Wallace and Gromit: The Curse of the Were-Rabbit.

Other movies that are celebrating their tenth anniversary this year include King Kong, The Chronicles of Narnia: The Lion, the Witch, and the Wardrobe, Star Wars Episode III: Revenge of the Sith, Charlie and the Chocolate Factory, and Harry Potter and the Goblet of Fire. 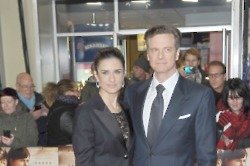 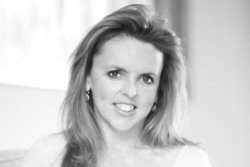