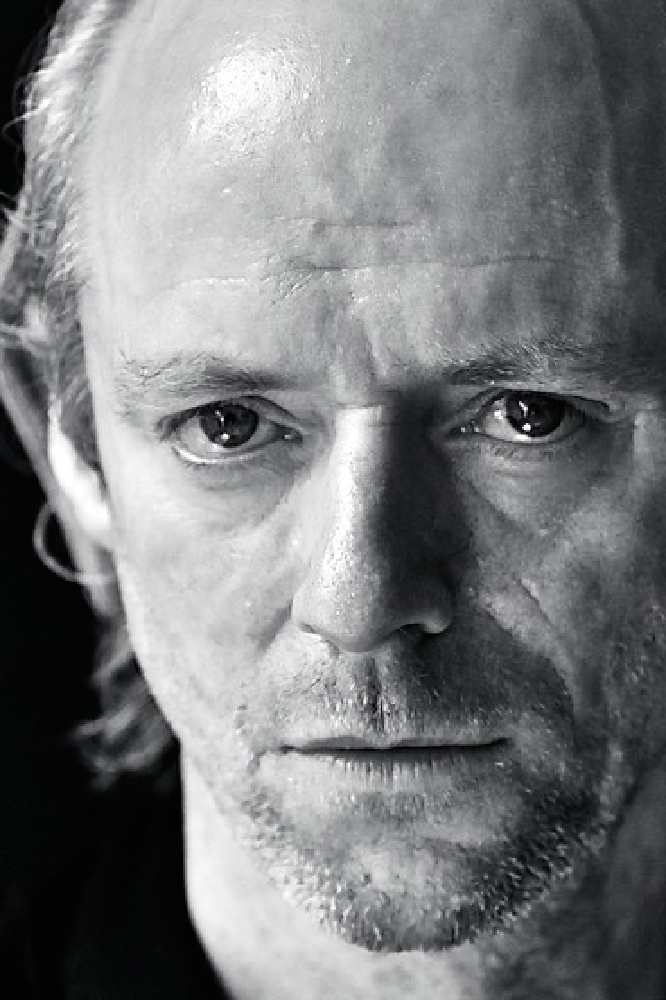 Ned Dennehy returns to the big screen this week to star in new British comedy/drama Downhill: a film that sees him team up with Richard Lumsden, Karl Theobald and Jeremy Swift.

We caught up with the actor to chat about the project, working with first time filmmaker James Rouse, and what other projects he has on the horizon.

- Downhill will be hitting the big screen this week, so can you tell me a bit about the film?

Downhill follows four school buddies as they go on a trip: this is really a road movie on foot. The characters are all suffering from middle age baggage and problems: one has mortgage/property problems and I am the one with the drink problems.

My character is the one that has remained single and is still chasing women. These four guys go on a trip, and one of them has a son who is in film school and he films it as a fly on the wall documentary.

- You take on the role of Julian in the film, so what was it about the character and the script that really appealed to you?

The script for the character of Julian is brilliant: sadly, and awful lot of the stuff didn’t make it into the final cut. There was a lot more script in the script, but I think the director James Rouse was happier to go with more improv and a lot more stuff off script.

On the reading of script, Julian was great as he had some good takes on life and some great ideas about himself: he is quite a posh guy and has squandered away money on drink. He likes to think of himself as a patron of the arts, but basically, he is a bit of a bum. So a lot of it was hilarious. It is a long time since I saw it, so I hope that some of that is still there.

- You have mentioned that you did a lot of improvisation during the film of the Downhill, so how much do you enjoy working that way?

Personally, I really do enjoy it. The rest of the guys were great and everyone was really up for trying lots of different things out. Sometimes it works and sometimes it doesn’t work, but I really enjoy it. I think when you watch the film; you can see that some of it is quite genuine and fresh. Sometimes stuff just comes out that is very real on the day, so you never quite know what is going to happen.

They had cameras hidden in a bar where we were filming: so they were actually filming a bar full of people with the characters in the pub. One of the characters comes out and says he is gay on the pub when he is drunk.

He starts shouting and the real people were just looking at him and making comments (laughs). Then members of the crew would come around and make them sign release forms afterwards. So we there was improv in the middle of a real situation, and ending up getting some hilarious stuff on the day.

- James Rouse is in the director's chair, so how did you find working with him? And what kind of director is he as a first time filmmaker?

James is very very thorough and knows what is after in every scene: I think that is great. I think that he wanted to keep the character of Julian more cheerful that I wanted: I wanted him to more glum, depressed and downbeat. However, James wanted to cheer him up a bit and make him a little bit more user friendly. We had that going on.

James is very thorough. It was a very unusual set up as we were travelling around and doing all of that improv: he could have been a tenth time director but he would never have worked like that before. When I got the job I didn’t know what the guys were up to, then I watched some of adverts and it became very clear that you are not dealing with students or first-timers at all.

You could tell that they had a lot of experience: that means that you were going up the side of a mountain with people who didn’t know what they were doing, which is good. He was a first time director, but he wasn’t really a first-timer at all. He had a very technical team and they definitely knew what they were after.

- Richard Lumsden, Karl Theobald and Jeremy Swift star alongside you, so what was the feeling like on set? And how did you find working with them? The relationship between you all does seem really genuine in the film.

We were thrown together in that scenario and we had to go off every day with our little bags. There was no base: it really as guerrilla filmmaking. We were in a different place each night and we were travelling around together during the day.

Luckily, we all got on really well. No matter how bad the day was, we would always look forward to our Shiraz moment in the evening, wherever we ended up (laughs). They were great, really good. They were all different guys and together we did some really great stuff.

I shot a stoned scene with Jeremy; I think we did shoot some of the footage under the influence: we weren’t stoned but we were drunk. I don’t know if much of it has been left in. The guys were great and it was really good to get the chance to work with them.

- We are also going to be seeing you in Serena and Child 44, so can you talk a little bit about those projects?

Is Serena coming out? It is never coming out (laughs). Child 44 is interesting, and is based on a book. It has Tom Hardy, Vincent Cassell, Paddy Considine and Noomi Rapace in it. It is a murder story in Russia. It is a huge movie.

There is another film called The Keeping Room that should also be coming out quite soon. Brit Marling & Sam Worthington are in that, and that should be quite nice. I am heading out to Australia to a TV series called Banished. It is about the beginning of Australia and the convicts that were transported out there from England.

- We are also going to be seeing you in the second series of Peaky Blinders, who what is on the horizon for Charlie Strong this time around?

The film of that has just finished for me. Charlie is the same old bore (laughs). Charlie it the guy who would kill you rather than talk to you: that will continue into the new series. I have been cut out of the second filming block, as I am not available for it, because I am heading out to Australia.

The Australian project is the most interesting of the lot, because it is this very interesting story of the start of the convict soldiers and female convicts in a prison camp in Australia with the natives.

- Throughout your career, we have seen you move between film and TV work, how do the two mediums compare? Do you have a preference?

It is really to do with the part and the medium doesn’t particularly matter: other than the fact that TV tends to come back and give you a job the following year. Films don’t generally do that.

Some of these blockbusters are huge and you can end up with characters and parts… with Serena for example… that are not ideal. There must be problems with it, as it has still not come out. Jennifer Lawrence will be a granny by the time it comes out.

TV has become so much like film in recent years. Peaky Blinders can spend ten hours filming on scene: to me, that is a film. Usually, TV is faster. However, with the quality of the TV projects at moment, it’s as if TV is trying to be film: the good TV is like film.

- Finally, you have enjoyed a career that has spanned twenty years, so have you any desire to make the move into the director’s chair? We are seeing more and more people give it a go.

No, no. I don’t have that… that is not in the plan at all.  It is not for me. I suppose you have to be into the writing to want to do that. Maybe if you had a writing project that you thought was really good, then you might want to think about directing it. But no.

Downhill is released 30th May. 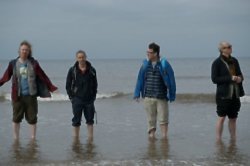 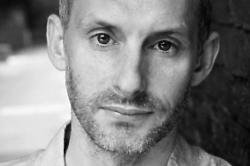