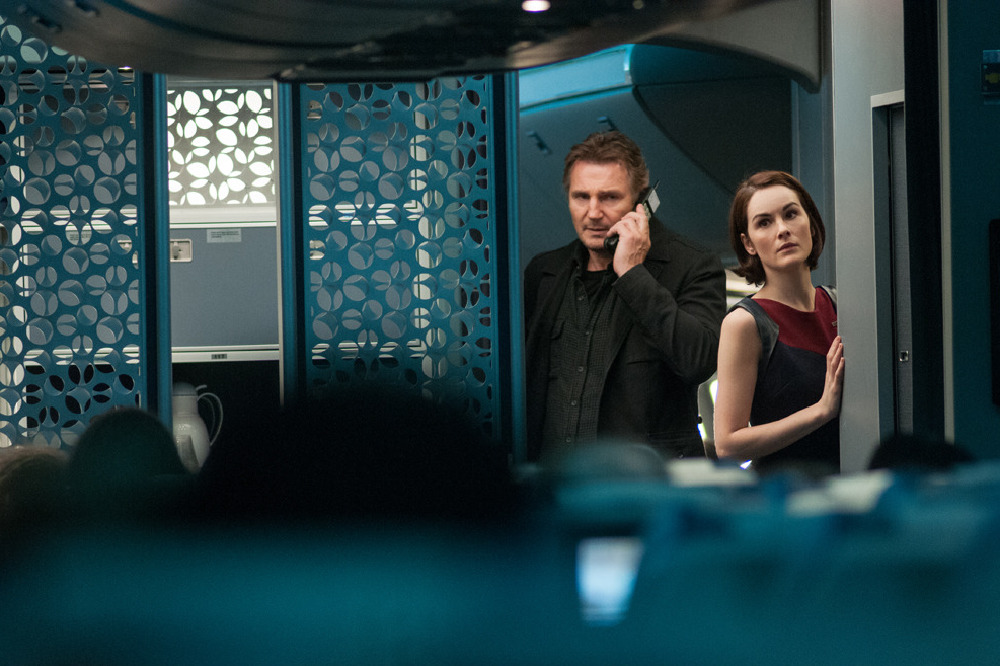 Liam Neeson returns to the action genre later this month as he is back on the big screen in Non-Stop.

Neeson has turned into quite the action hero in the last few years, and Non-Stop see him reunite with filmmaker Jaume Collet-Serra.

The pair worked together on Unknown; this is Collet-Serra's first film since that release.

We have a couple of great new clips from the film for you to take a look at:

Neeson takes on the central role of Bill Marks, and is joined on the cast list by Julianne Moore, Michelle Dockery and Oscar nominated Lupita Nyong'o.

Bill Marks (Neeson) is a burned-out veteran of the Air Marshals service. He views the assignment not as a life-saving duty, but as a desk job in the sky.

However, today's flight will be no routine trip. Shortly into the transatlantic journey from New York to London, he receives a series of mysterious text messages ordering him to have the government transfer $150 million into a secret account, or a passenger will die every 20 minutes.

Neeson has been kicking ass in the likes of Taken and Unknown, and is set to show off his action credentials once more.