Zombie movies can vary from horror to comedy, so why not check out this list of undead favourites?

Zombies are great characters to place in a movie, from comedies to genuinely frightening features. Since Halloween is right around the corner, we’ve compiled a list of zombie-based movies for you to sink your teeth into this spooky season!

While 2009’s Zombieland was a hilarious take on the genre, we think it’s time to start celebrating its equally brilliant sequel.

The movie follows Columbus (Jessie Eisenberg) and his oddball group as they search for somewhere to stay safe. When Little Rock (Abigail Breslin) decides to leave the foursome for a college boy, Columbus, Wichita (Emma Stone) and Tallahassee (Woody Harrelson) go look for her; with a rather odd guest tagging along.

This movie perfectly embodies what was funny about its predecessor, and created a whole new situation to laugh about. The zombies are brilliantly done and, despite the humorous overtones, actually pose a threat to the fantastic foursome.

Train to Busan is a great zombie movie to watch with a bowl of popcorn by your side.

The film follows Seok-woo (Gong Yoo) and his daughter as they travel to see her mother for her birthday; however, the journey takes a detour as what was a celebration, turns into a fight for survival as the pair become trapped on the train during a zombie outbreak in South Korea.

Combining confined spaces and the horror of zombies is what makes Train to Busan unique; that, and the father-daughter relationship that hangs in the balance the whole ride, as the zombies close in around them.

This is a classic zombie movie that boasts a brilliant cast, an unnerving depiction of the undead, and a great narrative.

World War Z follows Gerry Lane (Brad Pitt) as he tries to keep his family safe amidst the zombie outbreak. When he is summoned to help find both a reasoning and a cure for the disease infecting the world, he must do so with bravery and resolve.

This film perfectly depicts a zombie outbreak and its effect on people and the planet, and has characters you genuinely care about. Gerry’s journey is a hard one, as he must find a solution while the undead snap at his heels.

Shaun of the Dead is arguably the comedic zombie movie, as it is beloved by fans to this day. It is held in high regard, for very good reason.

Shaun (Simon Pegg) and his best friend Ed (Nick Frost) live together in simplicity, but once Shaun’s girlfriend dumps him, he becomes almost inconsolable. What could make matters worse? A zombie apocalypse might...

This is such a fantastic film, as the dialogue and physical comedy are to die for... The cast bounce off each other brilliantly, and the hilarity that ensues along the way makes for the perfect laugh-a-minute zombie comedy.

2004’s Dawn of the Dead is an enjoyable movie with plenty of undead action; it is also a remake of the 1978 film of the same name.

Many fans enjoyed the remake of a classic, as Zack Snyder did a brilliant job at recreating the 70s feature. The film follows a group of survivors who take refuge in a shopping mall to escape the hoards of flesh-eaters surrounding them.

But the small group must not only battle the undead, but also problems from within the confines of their new team.

28 Days Later is renowned for being different to other films similar to it; audiences loved the plot, cast, and atmosphere of an eerie, desolate London.

After the outbreak ravishes the United Kingdom, survivors must find a way to cope with the fate that has befallen them if they are to survive. Safety is the main concern of the group, and they will not stop until they find it... they have no choice.

The camerawork wasn’t as poised as a blockbuster’s would be, which gives it a more realistic feel as danger literally lurks around every corner.

Army of the Dead is Zack Snyder’s latest creation, and it went down rather well with those who watched it.

The film is rather different from other zombie movies, as instead of the whole world being infected, it is only the area of Las Vegas that has a zombie problem. A group of people are asked to go into the only undead place in the world in order to take money left in a vault.

A bank heist in the midst of a zombie apocalypse is a fresh new idea, and while the film wasn’t perfect to some, it still hit the spot for a great movie night watch. 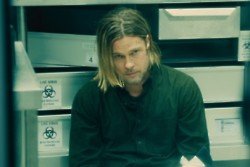 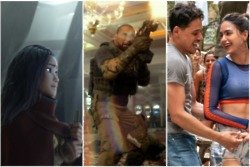