The big screen it littered with truly beautiful men and when a great actor comes together with a great character then sparks really can fly.

Over the years we have seen some super sexy characters hit the big screen and we count down our top five.

Brad Pitt took on the role of Tyler Durden back in 1999 as Chuck Palahniuk novel Fight Club was adapted for the big screen and directed by David Fincher.

Durden is a totally free spirit and has a breath-taking none conformist attitude.

Ok so you may not exactly want to run off into the sunset with a man who likes blowing shit up and kicking the crap out of people but otherwise he is a very charismatic and interesting guy.

2. Jack Sparrow - Pirates of the Caribbean

There is only one actor who could me a pirate sexy... and of course that is Johnny Depp.

And that is exactly what he did when he flounced on to the big screen in Pirates of the Caribbean back in 2004.

But there is smoothness to him and while he may act like a bit of a buffoon he is always one step ahead of everyone.

You always love a man that can make you laugh and Jack had a wicked sense of humour - oh and he pulls black eyeliner off wonderfully.

Click here to buy Pirates of the Caribbean on DVD 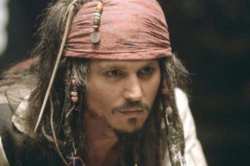 If you like the strong silent type then Driver is just the man for you.

Played by the rather beautiful Ryan Gosling in Drive this is a man who keeps himself to himself but has a big heart.

Ok you may not get too much conversation out of him but he is a dab hand at giving someone a good beating - which is always good to know.

4. Aragon - The Lord of the Rings Trilogy

Ok so Aragon is a man that lives in the wild and looks more than a little unwashed but there is something incredibly sexy about this character.

Aragon remains the greatest character for actor Viggo Mortensen and it was over ten years ago when he played this character for the first time.

Aragon may not score 10/10 for personal hygiene but he is an authoritative character who is strong and dependable.

And did we mention that he is quite handy with a sword? 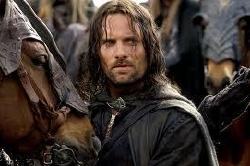 Eames is the cool and rather suave character in the mind-bending Inception - played by the very lovely Tom Hardy.

He is sharp as a tack, intelligent and funny and should you need any papers forging then he really is your man.

Oh, and Eames looks super sharp in a suit. 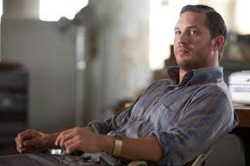