From director James Mangold comes Logan, the forthcoming final instalment into Hugh Jackman’s time in the X-Men universe as perhaps the world’s most famous mutant, Wolverine. For the first time in the series, the film will be R-rated (the highest certification a movie can receive in the US), which means a brutal and bloody affair is likely. Following on from some of the trailers and teasers we’ve seen ahead of release, this could be the most chaotic X-Men flick so far. Here are 10 more Logan teasers you need before going to see Jackman’s final outing on the big screen… 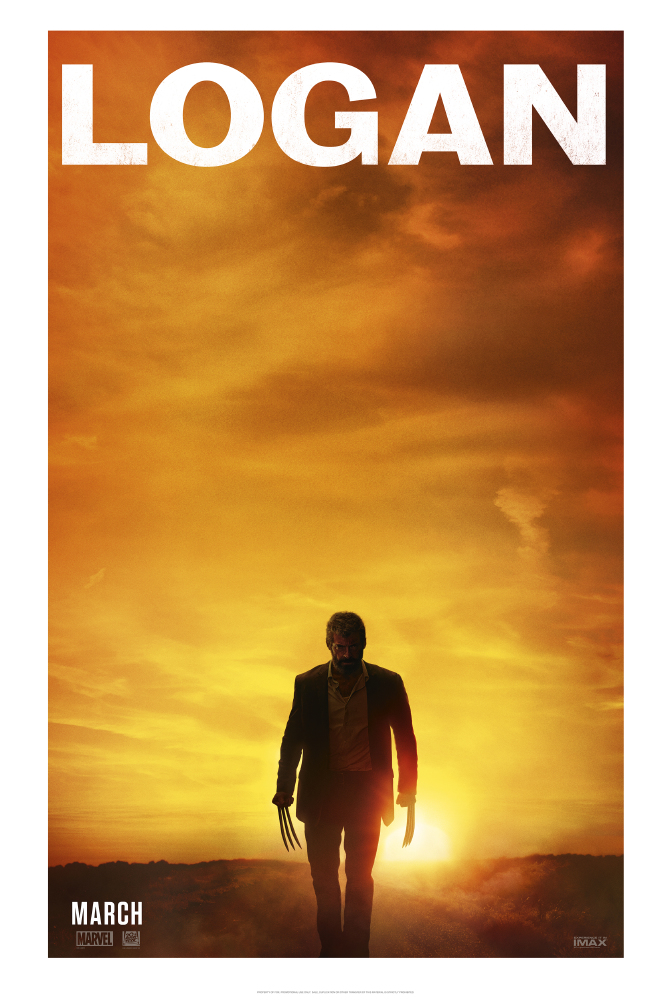 In cinemas this March

Online news outlet TheWrap revealed in 2016 that the movie will be taking place in the future, with fans catching up with Wolverine in 2024. Featuring the Old Man Logan version of the character straight from the Marvel comic book of the same name, we’ll see a grizzled, older version of the claw-wielding mutant, whose healing powers are beginning to fade. He’s not the only one in bad condition however, with Wolverine protecting an ailing Professor Xavier from any outside forces that may wish to do him harm. Will everybody make it out of the film alive?

In all of the teasers released, we’ve been allowed a glimpse of young mutant Laura, a girl with abilities that are scarily similar to Logan himself. Here her character is more streamlined than the one fans may have come across in the past. Otherwise known as X-23, Laura has a traumatic origins story and isn’t afraid to get her hands dirty. Trying to navigate herself around a world that won’t accept her for who she was born to be, she’s got an array of enhanced senses that allow her to track whoever she chooses by scent and sound. Though she’s clearly similar to Logan, she only has two claws on each hands and one retractable claw on each of her feet, giving her an all new fighting style when compared to Wolverine. She is more delicate in fighting however, with only her claws coated in adamantium rather than her entire skeleton; she’s very vulnerable when attacked.

8. The film’s an emotional one

Hugh Jackman has admitted in a Sao Paulo, Brazil press conference that he cried more than once on the set of Logan. Fans are in for an emotional ride. He explained: “It was very emotional to make this movie. I always felt that there was a deeper story about this character. I’m very proud of the movies of the past, but I felt I had something more. Like a man. He did not want to be just the tough Wolverine, but the difficult Logan. I cried a few times on the set. I hope fans will say: ‘Finally, this is the Wolverine movie I wanted to see.’”

7. Logan will focus on the main man’s humanity

While at the same press conference, Hugh Jackman also opened up a little bit more about what long-time fans can expect to enjoy when Logan arrives. Promising that Wolverine’s humanity is a focal point of the movie, he said: “With this film, Logan, we can delve deeper into this humanity. Logan’s biggest enemy is intimacy. Having intimacy with friends, family, reveals who you really are, shows you what you do not accept. Now he surrenders and lets a family in.”

6. Things could get political

Sir Patrick Stewart has also been opening up about the movie, and in a chat with Variety magazine while attending the Berlinale Film Festival, he explained how the real-life current political climate may have made a big impact to the story we’ll see on screen. He said: “We are affected by the changing times. You present your part as a person influenced by the times. We did not set out to make a political movie, yet there are echoes in the film that exist today – this is serendipity. If people want to take messages from this film, then we have done a good job.”

5. Despite his age, Logan is still an incredible fighter

Don’t go into Logan expecting a cameo from Deadpool; it’s already been denied. Ryan Reynolds who plays the cheeky mercenary took to Twitter late last year to reply to a fan who asked if he would appear: “No. I want a Deadpool/Wolvie film. But Logan is its own unique and perfect thing. The Big Red Shit-Talker wouldn’t mix with the tone”. Unfortunate perhaps, but this is a story that’s designed to focus solely on the mutants who have already been teased. Bringing Deadpool into proceedings could take away from that.

Stephen Merchant looks stranger than ever before in his role of Caliban; a mutant tracker who makes his living as “a nurse” in Logan. Though not much has been revealed about what part Caliban will play in the movie, in the comic book universe he’s a part of the Morlocks; a tribe that reside in the sewers and have a long-standing relationship with the X-Men. Also able to channel the emotions of those around him to increase his own physical strength, he may not look a huge threat, but he’s certainly going to be able to stand up for himself if needs be.

2. Logan will act as a mentor to Laura

A second trailer for the movie focused mostly on Logan and his training of Laura, who seems to be struggling with how to adapt to life in the real world despite being a mutant. Check out that trailer above for a deeper insight into how their relationship works in the flick.

1. If you’re looking for action, you’ve found the right movie

Logan comes to cinemas in the UK on March 1 and to theaters in the US on March 3.