Sarah Connor is one of the most iconic female action characters of all time and we are going to see her return to the big screen this summer in Terminator Genisys. 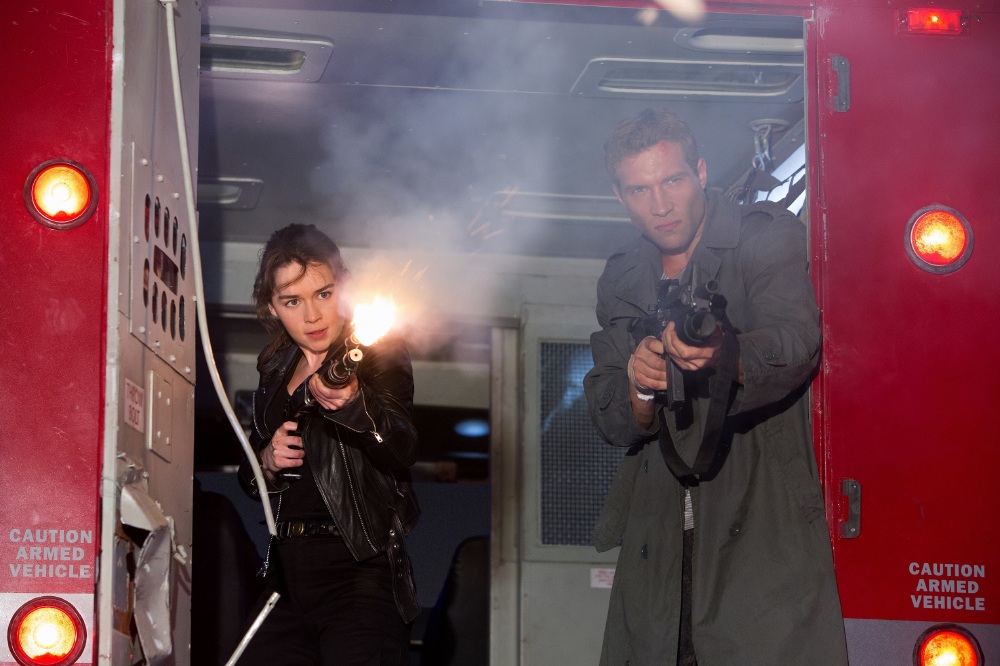 Terminator Genisys is the fifth film in the popular film series but really follows on from the work that director James Cameron did in the first two films. This time around, we meet Sarah Connor again... and Emilia Clarke has taken up the role for the first time.

Of course, we know Clarke from her role as Daenerys Targaryen in hit television show Game of Thrones but Terminator Genisys is the biggest film role of her acting career to date - and it is going to be a truly action packed ride for the actress.

Terminator Genisys has some major similarities to the first film; Kyle Reese is set back to project Sarah from a Terminator... this time around he finds a strong woman who is already battle hard. Sarah's life was changed when a Terminator was sent by Skynet to kill her as a child. The Resistance sent their own Cyborg to protect her and she was raised by him.

Sarah Connor has always been a popular character in the Terminator franchise and I cannot wait to see what Emilia Clarke brings to this role. This new featurette introduces us to the character and the actress who is going to play her:

Terminator Genisys sees Arnold Schwarzenegger as the Terminator aka the Guardian and it is always great to see him return to this role. Jason Clarke and Jai Courtney are two of the other new editions as they take over the roles of John Connor and Kyle Reese for the first time.

Terminator Genisys is set to be one of the biggest movies of the summer and I cannot wait to see director Alan Taylor but his own stamp on this much-loved franchise.