The Most Memorable MILFs in Film

Leslie Mann - The Change Up

MILFs have recently been idolised in films, most notably by American Pie in 1999, but the concept stretches further and wider in cinema history.

These films have also encouraged ‘cougars’ around the world to be proud of their sex appeal, despite their age and parental status.

In fact, according to a recent study by social networking site Badoo, Britain is a nation of cougars, with more than 50% of older women landing themselves with toy boys. We think that on-screen portrayals of MILFs might have something to do with that.

Sandra Bullock won the Oscar for best actress for her role portraying a feisty suburban mum who takes in a homeless teenager and encourages him to become a star football player.

When you’re not busy struggling to fight back tears (only the coldest hearts could avoid getting choked up during this based-on-a-real-story film), it’s hard not to notice Bullock’s sex appeal.

Strong-minded and fierce, with a charming southern accent and a wardrobe that accentuates her fit figure, she’s the whole package.

That’s probably because she’s not. Only a couple years older than Bill, he can’t help but feel sexually attracted to his dad’s new wife, who insists he call her ‘mom.’

It gives him a bit of an Oedipus Complex, which is completely understandable. Who wouldn’t, if they had a mum who strutted around the garden wearing hot pants and a tight vest?

Jennifer Aniston takes a break from her single-girl-unlucky-in-love repertoire to play a wife and mum in this family flick.

With her toned, tanned body, and signature short shorts, she causes women everywhere to scream at the screen that there is just no way someone could look so incredible after giving birth to three kids.

As far as men go, only Jen can look so sexy while running after a dog and suffering from postpartum depression.

For years, we just thought of our favourite cartoon mum as the patient, caring, nurturing mum to Bart, Lisa, and Maggie. Then she did that Playboy cover in 2009, unveiling her true MILF-potential to the world.

And we took notice. She’s actually got quite a nice figure, and that voice is pretty sexy. We’ll never look at The Simpson’s the same again.

We already knew Angie was a super-mum, what with her multi-cultural brood with partner Brad Pitt, but she takes it to another level in this film as the mum of Alexander the Great.

Not only is she sensual and smouldering as the intense and temperamental Queen, but she spawns one of the greatest military leaders in world history. No big deal.

5. Belinda Stewart-Wilson as Polly McKenzie in The Inbetweeners Movie

While she doesn’t exactly strike you as the mum to be home baking homemade cakes and pies, after-school snack time at Will’s would be still be pretty sweet for the eyes.

Leslie Mann plays the gorgeous wife of Dave (Jason Bateman) and mum to their three kids.

With a flawless body that is apparently unaffected by recently producing twins, she’s the ultimate yummy mummy.

Dave’s best mate Mitch (Ryan Reynolds) agrees, leading to a hilarious scene where Dave (as Mitch) is forced to allow Mitch (as Dave) to have sex with her when they swap bodies after weeing in a magical fountain.

This list wouldn’t be complete without the middle-aged temptress that forces John (Owen Wilson) to fondle her fake breasts and call her Kitty Kat in a scene-stealing moment of the film.

He’s temporarily won over by the mother of the woman he’s actually interested in, exclaiming ‘Wow, they feel really nice. Real orb-like. It's amazing what they can do...’ Looking great for her age, we can’t really blame him.

Jennifer Coolidge plays Stifler’s voluptuous and over-sexed mum (we don’t actually know her name, but does it matter?) who has an affair with nerdy Paul Finch.

In the classic coming-of-age film, she seduces a young, impressionable Dustin Hoffman with her cool, yet forceful and domineering maturity.

While it was ground-breaking at the time to show an older woman as the seductress, it probably wouldn’t have the same effect today; we’re getting used to older women and their sexual prowess. However, Mrs. Robinson will always be our first.

The Change Up is released on DVD & Blu-Ray 23rd January. 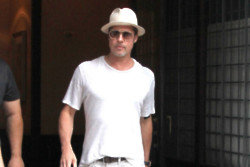 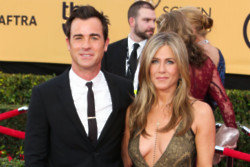 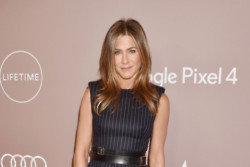