It is always exciting when a Quentin Tarantino film is on the horizon and he is set to return to the director's chair in January with The Hateful Eight. 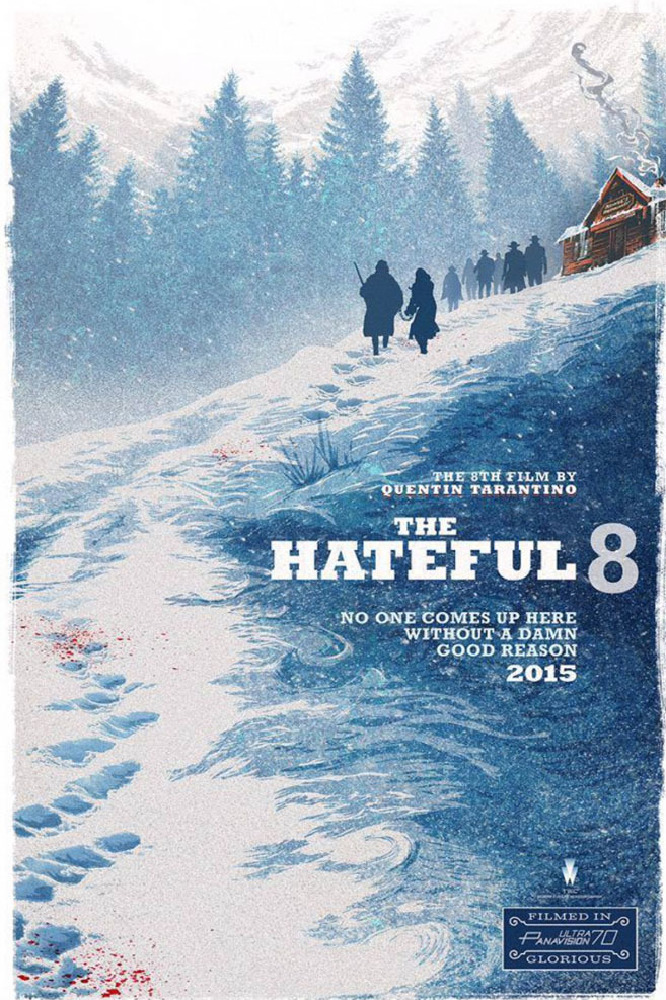 The Hateful Eight was a project that looked like it may not go ahead after the script was leaked... but Tarantino is back and is returning to the Western genre.

This is the first film for Tarantino since he enjoyed critical, commercial and Oscar success with Django Unchained back in 2013. As well as being in the director's chair, the filmmaker has also penned the film's screenplay.

The movie sees Tarantino reunite with actor Samuel L. Jackson, they duo have already worked together on the likes of Pulp Fiction, Jackie Brown, and Django Unchained. Tim Roth and Michael Madsen are a couple of other familiar names on the cast list.

Kurt Russell, Jennifer Jason Leigh, Channing Tatum, Walton Goggins, Bruce Dern, and Demian Bichir are just some of the other names on board; together, they make one of the best ensemble casts of early 2016 and I cannot wait to see everyone in action.

In The Hateful Eight, set six or eight or twelve years after the Civil War, a stagecoach hurtles through the wintry Wyoming landscape. The passengers, bounty hunter John Ruth (Russell) and his fugitive Daisy Domergue (Leigh), race towards the town of Red Rock where Ruth, known in these parts as 'The Hangman,' will bring Domergue to justice.

Losing their lead on the blizzard, Ruth, Domergue, Warren and Mannix seek refuge at Minnie's Haberdashery, a stagecoach stopover on a mountain pass. When they arrive at Minnie's, they are greeted not by the proprietor but by four unfamiliar faces. Bob (Bichir), who's taking care of Minnie's while she's visiting her mother, is holed up with Oswaldo Mobray (Roth), the hangman of Red Rock, cow-puncher Joe Gage (Madsen), and Confederate General Sanford Smithers (Dern). As the storm overtakes the mountainside stopover, our eight travellers come to learn they may not make it to Red Rock after all...

We have also seen Tarantino in the Oscar race many times over the years, will The Hateful Eight pick up some more nomination? I guess we are going to have to wait and see.