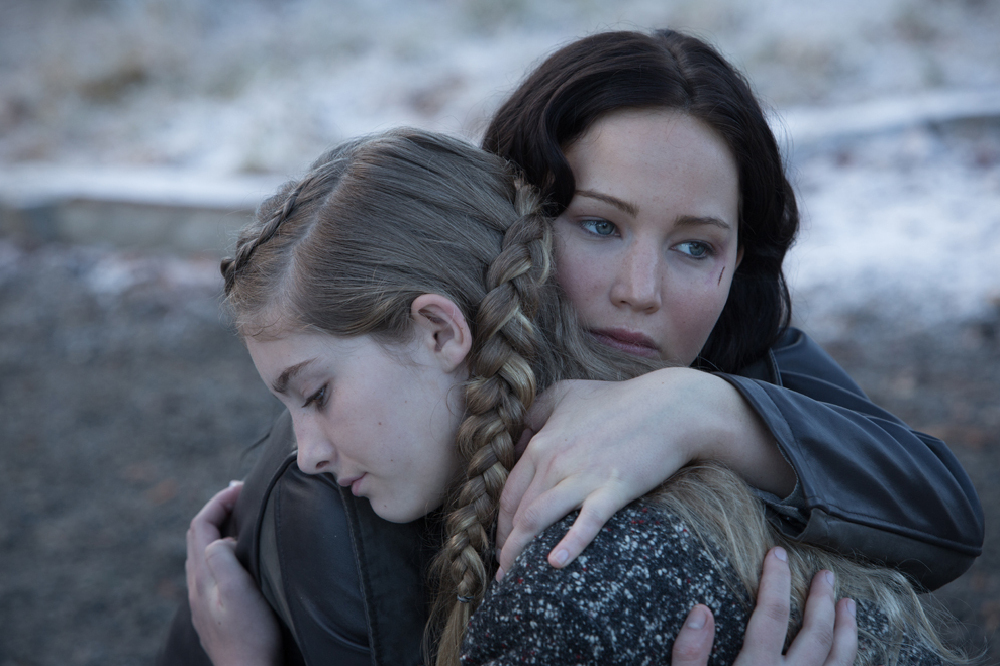 The Hunger Games: Catching Fire is already a movie that everyone is excited about - and it doesn't hit the big screen until November.

But at the MTV Movie Awards last night we were all treated to the first, and rather fantastic, first trailer for the new movie.

Catching Fire really promises to notch up the tension and rebellion builds in Panem as Katniss Everdeen has given them hope.

But while Everdeen has become a image of a better future this has put her on a collision course with President Snow, who wants her out of the picture.

Oscar winner Jennifer Lawrence is back as heroine Katniss Everdeen for the second instalment of this exciting book trilogy.

This time around Francis Lawrence is in the director's chair while Simon Beaufoy and Michael Arndt have adapted Suzanne Collins' novel into a screenplay.

Josh Hutcherson, Elizabeth Banks, Liam Hemsworth, Woody Harrelson and Donald Sutherland will all be reprising roles from the first film.

Philip Seymour Hoffman, Sam Claflin and Jena Malone are some of the big new faces on the cast list as they will play Plutarch Heavensbee, Finnick Odair and Johanna Mason.

The Hunger Games: Catching Fire picks up where the first film left off as Katniss and Peeta go on their victory tour.

But Katniss has given the people of Panem hope and revolution is brewing in the districts.

But Katniss and Peeta's celebrations are cut short when they are sent back into the arena to compete against former winners in the Quarter Quell.

The Hunger Games was terrifically adapted when it hit the big screen last summer and Catching Fire promises to be just as great a movie.