“This was definitely a super emotional project.” To celebrate the digital download release of 2 Hearts earlier this week, we caught up with star Tiera Skovbye (Riverdale, Nurses) to chat all about the movie, working during the coronavirus pandemic and more!

Can you tell us a little bit about 2 Hearts and the character you play, please?

2 Hearts is an inspirational true story about two couples and how their lives intercept in a magical and unexpected way.

I play Sam - Chris’ girlfriend - she is with him and by his side when he goes through a really terrible thing and, the story shapes and changes her life forever.

You obviously work very closely with Jacob Elordi who plays Chris in the movie; what was he like to work with?

Jacob was amazing. We got along really well. We obviously spent a lot of time together and had a lot of emotional and really intimate scenes together. We bonded really quickly, right off the top.

It was amazing, we were both knowing that we were telling a story that meant a lot to a lot of people and that it was an important story to tell. I think we both really put a lot of work and effort into this; and we had a lot of fun!

We got along really well [and] we got to explore Hawaii together so that was awesome. 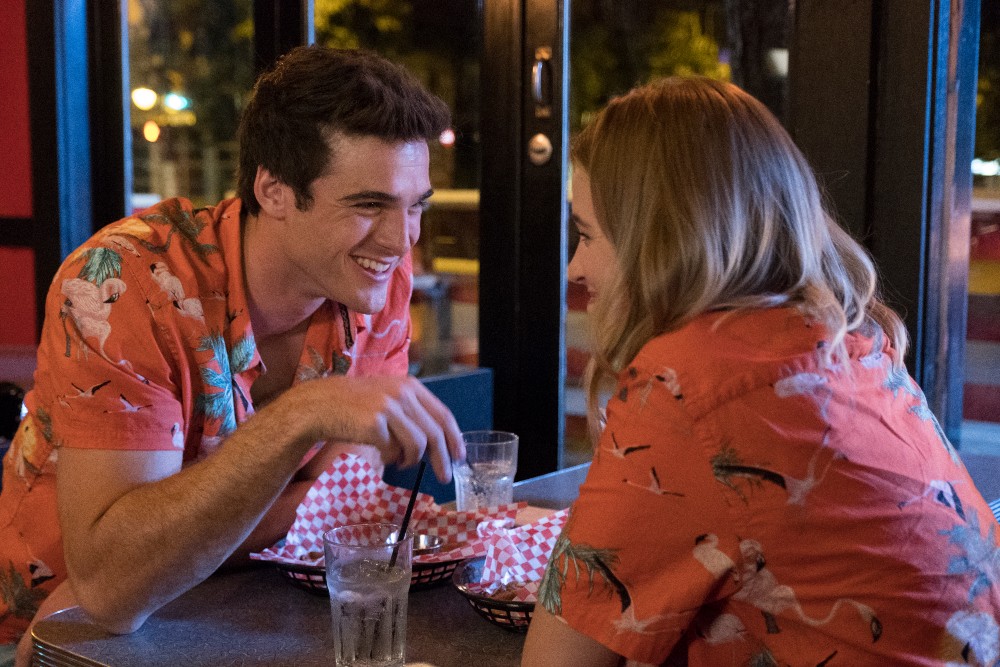 Similarly, you worked closely with director Lance Hool, what was that like?

Lance was wonderful. He was really great. He knew amazingly how to talk to actors. He really trusted us too which was really amazing, and such a comforting thing to come from a director. He let us play and have a lot of fun and yeah, it was great.

The narrative is an emotional one to say the least! How do you prepare yourself to take on a role like this; do you ever find yourself taking the emotions from set back home?

Yes, this was definitely a super emotional project. It was also; there’s the added layer of honouring the story and what happened to these people and wanting to do it justice. I think there were a lot of moments that we were portraying something that had happened to these people, and it was so heartbreaking and so sad, that it’s hard not to let it affect you personally.

There were a few days where you come home and you were exhausted. For me it was such a lovely reminder to hug the people that you love because you never know what’s gonna happen; you don’t wanna take a moment for granted. I think that there is no way to properly prepare for something like this, in the same way that I kinda let myself live it and breathe it as an actor, as it was happening.

How would you describe a typical day on the set of the movie?

We get there, get to hair and makeup and we’d all be goofing around because we all got on super well!

Then we’d get to set, and whether it was an emotional day or a happy day, that depended on how the mood was gonna be on set. If we did a lot of heavy, emotional scenes then everybody was a bit more sombre and respectful and we made sure that we allowed space for everybody to feel the space they needed to feel and get to the place they needed to get to tell the story.

Then on the days where it was lighter and we were having fun and joking around, it was a nice release and we were all very much ourselves and were able to be who we were and bring that to the characters as well. 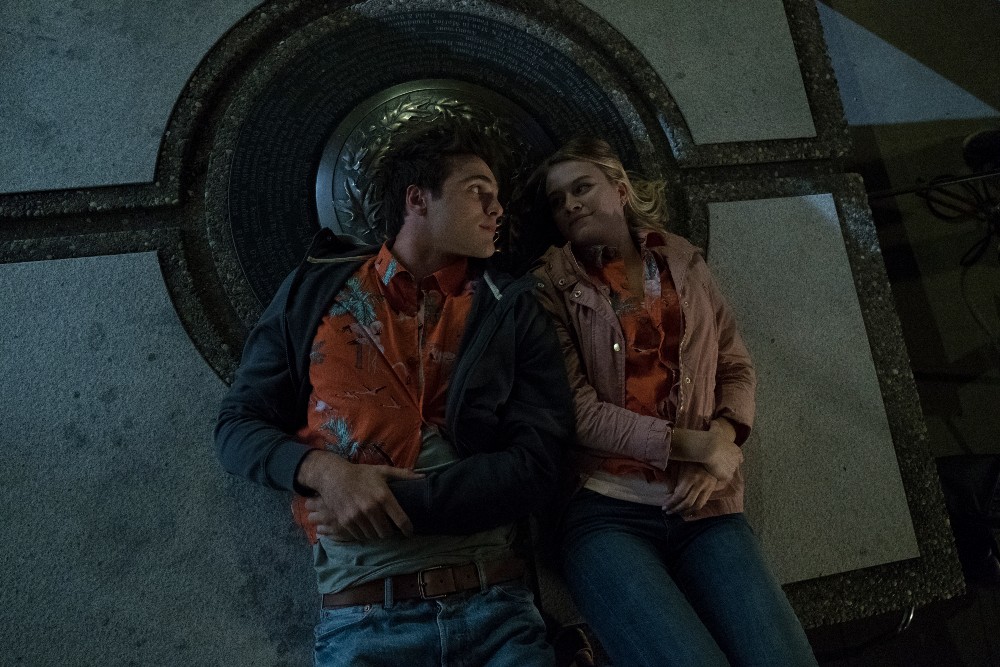 Now that the world has changed so much and the entertainment industry is having to adapt to a new world in real-time, how do you think the future of this business looks?

I am at the end of filming Season 2 of my show Nurses and we filmed this whole season during Covid. We had to completely adapt to new ways of filming and new protocols and testing, and I think that there was a lot of positive changes, but what I am taking away the most from this experience of being on set during this time is that, you really rely on the people you work with and, we really bonded and became a family.

I think that there is gonna be a lot of trial and error with the film industry going forward and trying to navigate this new Covid world so that everybody can be safe, but I think if you do it in a way where people do feel safe and you can trust everybody, it’s a completely different experience on set. You become this family that’s bonded through such a terrible time, and the fact that you can get through it with everybody feeling that they can trust you and you can trust them, is an amazing thing.

I’m really proud of our show for getting through it. I think all of the other shows that are going to start production right now… It’s a grind. We’re doing it to tell these stories for people and a lot of us actors are sacrificing a lot of our persona lives to be able to do that. It’s a crazy, crazy time to be making TV shows and living!

So yeah, I think a lot of things are gonna shift.

How have you personally been spending the past few months as the pandemic took over the news cycle and everybody’s lives?

So, I was in Toronto and had just started filming when everything got shut down. I went back to Vancouver and quarantined with my family for three or four months and, I just did a lot of things that I don’t normally have time for and I spent a lot of time with my family, the four of us together. We don’t often get time like that because we’re so busy working - my sister’s an actress as well - so it was beautiful in a way. We got this quality time that we never would have anticipated.

Then since July I’ve been working in this new Covid world. So it’s been a journey, it’s been a lot. I’ve been here in Toronto just powering through this show and we’re at the end. Then I get to go back home and decompress for a little while.

Finally moving forward, what should we expect from you in the rest of 2021?

Well you can expect the new season of Nurses some time in 2021! That’s all for me right now. This Covid world has taken a wild turn on a lot of things but, Season 2 of Nurses and of course, 2 Hearts!