Ryan Reynolds is one of the Hollywood's biggest names, most recognisable stars and is set to star in one of 2016's biggest movies... of course, I am talking about Deadpool. 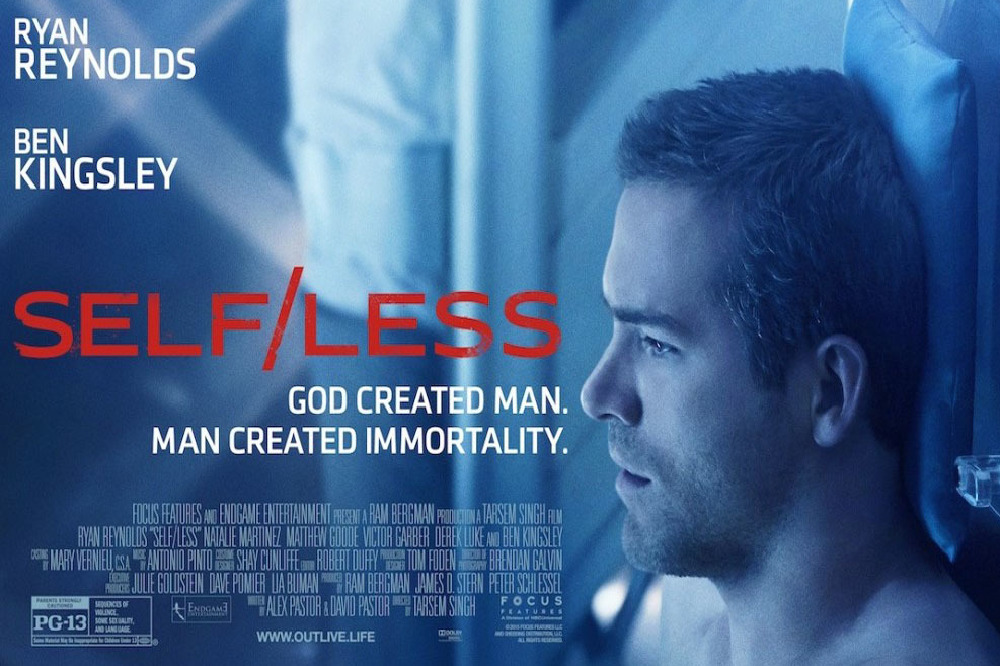 Before we sees Reynolds in Deadpool however, he is set to return to the big screen this week with Self/less, a movie that sees him team up with both Ben Kingsley and director Tarsem Singh for the first time.

To celebrate the release of Reynolds to the big screen this week we take a look at some of the best performances of his career to date.

Buried remains my favourite of all of Ryan Reynolds' movies and performances - simply because it is like nothing else that he has tackled before.

In recent years we have seen a whole host of 'solo performance' movies hit the big screen such as Moon and All Is Lost and Buried remains of the best and one of the most terrifying.

Reynolds takes on the role of Paul, a U.S. truck driver working in Iraq. After an attack by a group of Iraqis, he wakes to find he is buried alive inside a coffin. With only a lighter and a cell phone it's a race against time to escape this claustrophobic death trap.

On paper, watching a man trapped in box for ninety five minutes perhaps doesn't sound all that interesting... it couldn't be further from the truth as Buried is a claustrophobic and tense thriller from start to finish.

It was a bold move by director Cortes to have only Reynolds on the screen for the full ninety-four minutes but it's a tour de force performance from the actor. And while I am singing Reynolds' performance a slap on the back also has to go to Cortes who has produced an adventurous and creative movie that never seems restricted by it's obvious limitations.

Buried is an extremely well-crafted and beautifully shot movie that is, despite it's confines, a very effective thriller that has you on the edge of your seat from the word go.

We all know Reynolds best as a comedic and blockbuster star and yet, Buried is a movie that shows off a very different side to him as an actor; he really give a wonderful dramatic performance that, for me, remains the best of his career.

We have already seen Reynolds on the big screen this year as he led an all-star cast in The Voices, a movie that saw him team up with Persepolis filmmaker Marjane Satrapi for the first time.

Again, The Voices was another movie that was a little left of centre for Reynolds and allowed him to explore a character that he had never tackled before. He really does seem to be an actor that truly thrives when he finds the right film project and possibly the right director.

Jerry (Reynolds) works at a bathtub factory and attempts to walk the straight-and-narrow, in spite of his talking pet dog and cat trying to influence him. When he accidentally kills an attractive woman from accounting (Arterton), he hastily tries to cover his tracks. But Jerry is beyond the reach of his well-meaning psychiatrist Dr. Warren (Weaver) and Lisa (Kendrick), the only woman he ever truly loved, and spirals into a world of violence where he ultimately finds salvation.

The Voices is a movie that really does belong to Reynolds - his ability to go from totally charming to spine chillingly creepy really will make the hairs on the back of your neck stand on end.

Reynolds may not been the first name that would spring to mind when directors are casting a movie like this and Satrapi's leap of faith with this actor really has been paid back tenfold as he just shines.

The Voices premiered at the Sundance Film Festival at the beginning of 2014 and had a great run on the festival circuit over the last year or so. The Voices may not have been one of the big mainstream movies this year, but it is certainly one of the hidden gems of 2015.

You can't talk about the best Ryan Reynolds movies without looking at one of his comedy performances... and The Proposal remains one of my favourite.

The Proposal marked the return of Anne Fletcher to the director's chair - it was her first film since 27 Dresses - and saw Reynolds team up with Sandra Bullock, while Mary Steenburgen, Craig T. Nelson, and Betty White were also on the cast list.

The movie follows pushy boss Margaret Tate (Bullock) as she forces her assistant Andrew Paxton (Reynolds) to marry her in order to keep her Visa status in the U.S. and avoid deportation to Canada.

Reynolds and Bullock were one of the best comedy partnerships of 2009 and it is their chemistry that really makes this movie that comedy hit that it is. There is something real and incredibly charming about them getting to know each other ahead of a rather unexpected wedding.

The Proposal isn't a movie that reinvents the comedy movie wheel, but it is a movie that really is a lot to enjoy here and the relationship between Reynolds and Bullock is what will keep you hooked.

This is a movie that sees Reynolds do what he does best - his witty one-liners and great comedy timing - that we have seen him excel at over the years. However, playing opposite Bullock seems to have elevated that even further. It is a movie that is a lot of fun and one that you will never get tired of watching.

The Proposal went on to gross over $317 million at the global box office and was the highest grossing rom com of that year.

Other Ryan Reynolds movies that are not to be missed include Mississippi Grind, The Croods, Adventureland, The Nines and Definitely, Maybe.