Hard to believe, but we are already half way through 2016 and we have been treated to some fantastic British movies. 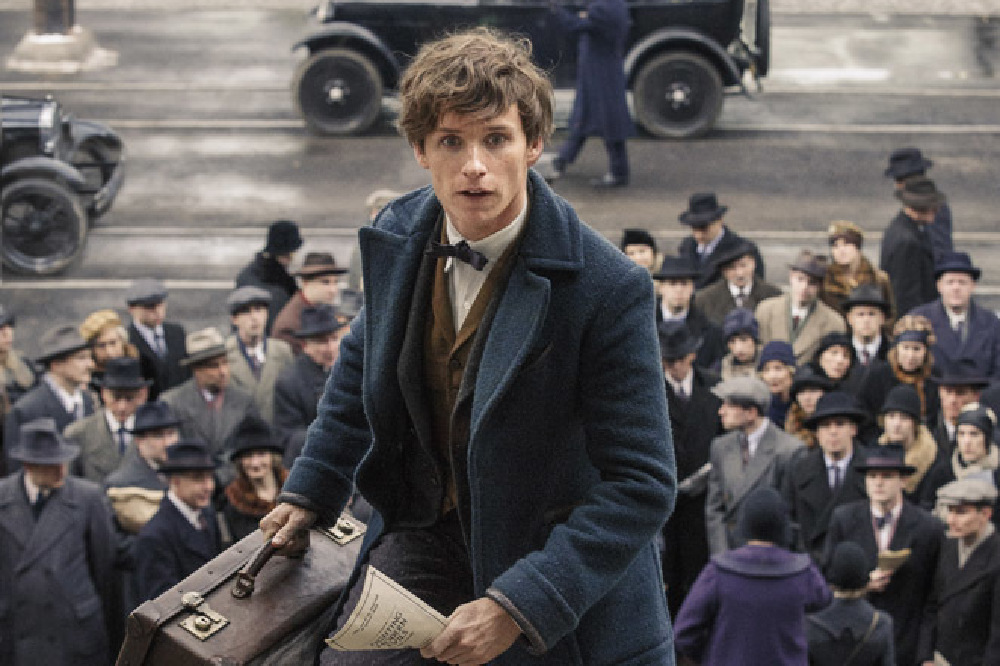 Fantastic Beasts and Where to Find Them

If you are a fan of British film, you are in for a treat as we go through the second part of the year as there are a whole host of films to watch out for.

We take a look at some of the Brit flicks that you cannot afford to miss - it really does look like there are some terrific looking movies on the horizon.

Rachel Tunnard is one of the British filmmakers to watch out for over the next couple of years as she is about to make her feature film directorial debut with Adult Life Skills.

Tunnard burst onto the scene with her short film Emotional Fusebox and Adult Life Skills is the feature film version of the Bafta-nominated short project. As well as being in the director's chair, Tunnard has also penned the film's screenplay.

Adult Life Skill sees the filmmaker reunite with actress Jodie Whittaker, who takes on the central role of Anna. She is joined on the cast list by Ozzy Myers, Brett Goldstein, Alice Lowe, Lorraine Ashbourne, and Eileen Davies.

Anna is stuck: she's approaching 30 and having and early-mid-life crisis - one that's seen her regressing to a teenager, living like a hermit in her mum's garden shed and wondering why the suffragettes ever bothered. She spends her days making videos using her thumbs as actors - thumbs that bicker about things like whether Yogi Bear is a moral or existential nihilist. But Anna doesn't show these videos to anyone and no one knows what they are for.

A week before her birthday her Mum serves her an ultimatum - she needs to move out of the shed, get a haircut that doesn't put her gender in question and stop dressing like a homeless teenager. Naturally, Anna tells her Mum to BACK THE F-OFF. However, when her school friend comes to visit, Anna's self-imposed isolation becomes impossible to maintain. Soon she is entangled with a troubled eight-year-old boy obsessed with Westerns, and the local real estate agent whose awkwardness continually undermines his attempts to seduce her.

Adult Life Skills is a movie that has already been winning over critics audiences on the festival circuit and went on the Nora Ephron prize for best female director at the Tribeca Film Festival.

Andrea Arnold is set to return to the director's chair this year with her latest feature film American Honey. This is the fourth feature of Arnold's directing career and comes after Red Road, Fish Tank, and Wuthering Heights.

As well as being in the director's chair, Arnold has also penned the film's screenplay and it is great to see her back at the helm of a new drama project.

Arnold has a talent of discovering new acting talent and American Honey is no different. Sasha Lane is set to take on the central role of Star and this will mark her acting debut. Shia LaBeouf, McCaul Lombardi, Arielle Holmes, and Crystal Ice will join Lane on the cast list.

Star (Lane), a teenage girl from a troubled home runs away with a travelling sales crew that drives across the American mid-west selling magazine subscriptions door to door.

Finding her feet in this gang of teenagers, one of whom is Jake (LaBeouf), she soon gets into the group's lifestyle of hard partying, law-bending and young love.

American Honey was one of the British films that were on the programme at the recent Cannes Film Festival, where it competed for the prestigious Palme d'Or. It may have missed out on the main award, but American Honey did go on to scoop the Prix du Jury prize.

Arnold is one of the most exciting female directors around and there is always a buzz when one of her films is on the horizon. There's no UK release date for American Honey just yet.

Chris Foggin is another first time filmmaker to watch out for this summer as he is set to make his directorial debut with Kids in Love.

Foggin is no stranger to the director's chair with shorts Queen of Hearts and That Night as well as a segment of Stars in Shorts under his belt. Kids In Love sees him make the transition into feature film for the first time.

Not only is a debut for Foggin, but Kids In Love also marks the debut of Sebastian de Souza and Preston Thompson as writers.

As well as writing the screenplay, de Souza and Thompson are part of the cast list alongside Will Poulter, Cara Delevigne, Alma Jodorowsky, Jamie Blackley, Jack Fox, and Gala Gordon.

A group of friends live their lives in London, imitating art and enjoying a fast-paced lifestyle.

Kids In Love is one of the movies to watch out for at the Edinburgh International Film Festival and is one of a strong contingent of British films on the programme. The movie will receive its world premiere at the festival.

I, Daniel Blake is one of the most talked about movies in recent week as it won the prestigious Palme d'Or at the Cannes Film Festival last month.

I, Daniel Blake is the latest offering from filmmaker Ken Loach and it is the first time we have seen him in the director's chair since Jimmy's Hall back in 2014. The movie also sees Loach reunite with collaborator Paul Laverty, who has penned the film's screenplay.

The film's triumph at Cannes sees Loach become only the ninth director to win the Palme d'Or twice - he won for the first time with The Wind That Shakes the Barley back in 2006.

Dave Johns takes on the title role in the film while Hayley Squites, Dylan McKiernan, and Briana Shann complete the line-up. This is the biggest film role of Johns' acting career to date.

Daniel Blake has worked as a joiner most of his life in Newcastle. Now, for the first time ever, he needs help from the State. He crosses paths with a single mother Katie and her two young children, Daisy and Dylan. Katie's only chance to escape a one-roomed homeless hostel in London has been to accept a flat in a city she doesn't know, some 300 miles away.

Daniel and Katie find themselves in no-man's land, caught on the barbed wire of welfare bureaucracy as played out against the rhetoric of 'striver and skiver' in modern day Britain.

At the moment, there is no official UK release date for I, Daniel Blake.

- Fantastic Beasts And Where to Find Them - released 18th November

Eddie Redmayne is a favourite here at FemaleFirst and 2016 has already been another very successful year - he picked up his second consecutive Best Actor Oscar nomination for his performance in the Danish Girl.

Redmayne is set to return to the big screen this autumn with Fantastic Beasts And Where to Find Them, the latest J.K Rowling novel to get the silver screen treatment. This time around, however, Rowling has adapted her own novel into a screenplay.

Fantastic Beasts And Where to Find Them sees David Yates back in the director's chair - and he is no stranger to the world of Rowling, having directed four Harry Potter films. This will be his second feature of the year and will come after this summer's The Legend of Tarzan.

Redmayne is set to take on the central role of Newt Scamander in the film and is joined on the cast list by Colin Farrell, Ezra Miller, Ron Perlman, Katherine Waterston, Jon Voight, Samantha Morton, and Carmen Ejogo.

The movie opens in 1926 as Newt Scamander has just completed a global excursion to find and document an extraordinary array of magical creatures. Arriving in New York for a brief stopover, he might have come and gone without incident... were it not for a No-Maj (American for Muggle) named Jacob, a misplaced magical case, and the escape of some of Newt's fantastic beasts, which could spell trouble for both the wizarding and No-Maj worlds.

There is already a lot of excitement building around the release of Fantastic Beasts and Where to Find Them and it looks set to be one of the biggest hits of the autumn.

Genius is a film collaboration between the UK and the U.S., is based on the book Max Perkins: Editor of Genius by A. Scott Berg and sees Michael Grandage in the director's chair.

Genius will mark the feature film directorial debut for Grandage as he makes the transition from actor to filmmaker. The movie also sees John Logan on board as he has adapted Berg's book into a screenplay.

Oscar-winner is set to take on the central role of publisher Maxwell Perkins, who worked with the likes of Thomas Wolfe, Ernest Hemingway, and F. Scott Fitzgerald.

Jude Law, Dominic West, and Guy Pearce are on board as Wolfe, Hemingway, and Fitzgerald while Nicole Kidman and Laura Linney complete a loaded cast list.

Genius is a stirring drama about the complex friendship and transformative professional relationship between the world-renowned book editor Maxwell Perkins (who discovered F. Scott Fitzgerald and Ernest Hemingway) and the larger-than-life literary giant Thomas Wolfe.

Genius was selected to compete for the Golden Bear at the Berlin International Film Festival earlier this year.

The movie is set to be released in the U.S. this week but no UK release date has yet been announced. 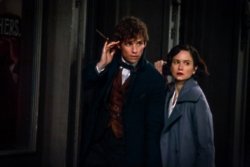 Fantastic Beasts and Where to Find Them Blu-ray Review 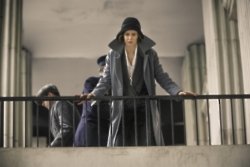 Exclusive: Katherine Waterston Talks Fantastic Beasts and Where To Find Them 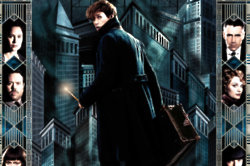 Fantastic Beasts and Where to Find Them - Autumn Preview