Over the last few weeks we have been looking at the actors and actresses that would well make a big acting breakthrough this year... and Vanessa Kirby is one of them.

The actress has already started to make a name for herself in television and theatre but 2013 sees the big screen call - and she has a couple of very exciting projects ahead of her.

Kirby decided not to go LAMDA and instead decided to join an agency and began forging her acting career.

It proved to be a wise move as she began landing theatre roles including All My Sons and A Midsummer Night's Dream - where she caught people's eye.

She went on to star in Women Beware Women at the National Theatre - which saw her work with director Marianne Elliott - before going on to star in As You Like It.

By 2011 she has spread her wings and moved into TV projects as she took on the role of Ruth Elms in a couple of episodes of The Hour as well as making her big screen debut in Love/Loss.

The biggest role of her TV career came in 2011 as she played Estella in a TV adaptation of Great Expectations.

The BBC series was directed by Brian Kirk and saw Kirby team up with Ray Winstone and Gillian Anderson in what was a successful show.

But it is 2013 where we are going to see much more of the actress as she juggles TV and film projects.

First of all she is set to take on the major role of Alice Tanner in the adaptation of Labyrinth.

The TV miniseries is based on the novel of the same name by Kate Moss and will be airing this year.

The story jumps between modern and medieval France and follows two woman's hunt for the Holy Grail.

Kirby is joined on the cast list by Tom Felton, Jessica Brown Findlay and John Hurt.

She is also set to appear in The Necessary Death of Charlie Countryman - the latest film from Shia Labeouf.

The movie marks the big screen directorial debut of Fredrik Bond while Evan Rachel Wood and Mad Miikkelsen are also on the cast list.

She has also completed work on About Time - the film from Richard Curtis starring Rachel McAdams and Domhnall Gleeson.

Kirby has enjoyed success already in her career but 2013 is set to be a very big year for her.

Tagged in Great Expectations About Time 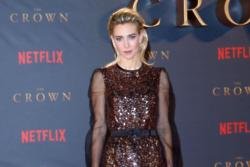 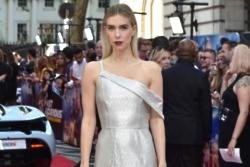 Martin Scorsese to produce Pieces Of A Woman