2015 is set to be a very busy year for Jason Statham, and Wild Card is the first of the movies that we are going to be seeing him in. 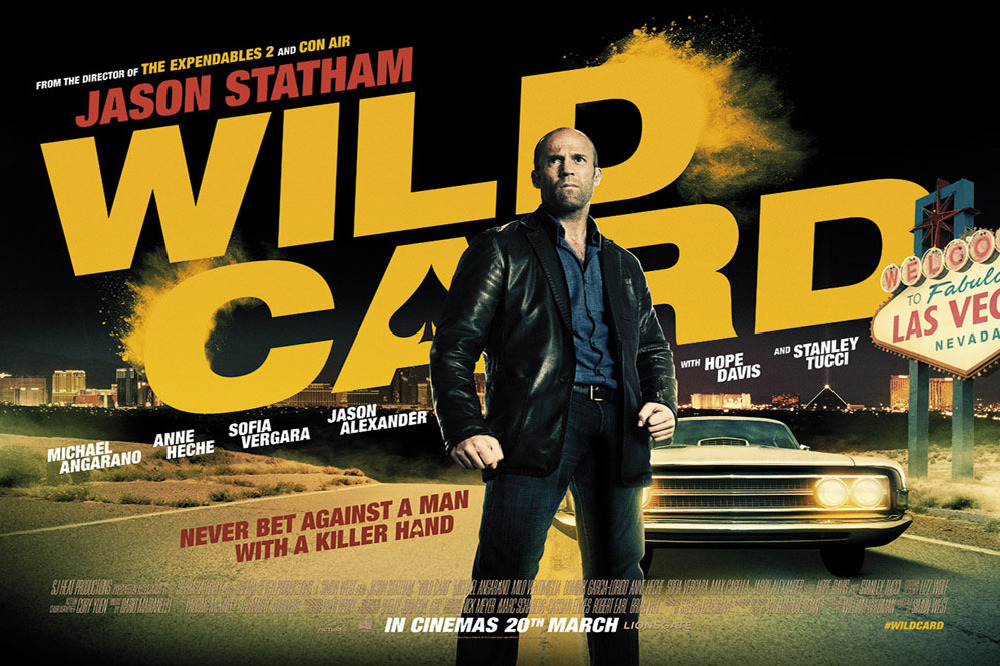 Wild Card sees the actor reunite with filmmaker Simon West for their third movie together - they have already teamed up for The Mechanic and The Expendables 2. This is the first film for West since Stolen back in 2012.

Wild Card is another action movie for Statham, and he features in the great first clip from the movie:

The movie is a big screen adaptation of the William Goldman novel, which sees Goldman himself adapt his book into a screenplay.

Statham will take on the role of Nick Wild in the film, and he is joined on the cast list by Milo Ventimiglia, Michael Angarano, Anne Heche,Sofia Vergara, and Stanley Tucci.

Nick Wild (Statham) is a Las Vegas bodyguard with lethal professional skills and a personal gambling problem. When a friend is beaten by a sadistic thug, Nick strikes back, only to find out the thug is the son of a powerful mob boss.

Suddenly Nick is plunged into the criminal underworld, chased by enforcers and wanted by the mob. Having raised the stakes, Nick has one last play to change his fortunes...and this time, it's all or nothing.