We count down some of our favourite films which showcase the outstanding work of female leads, and the inspirational women behind them.

HOME AGAIN – a modern take on the traditional rom-com and the perfect film for a night with the girls. In fact, this film screams girl power. 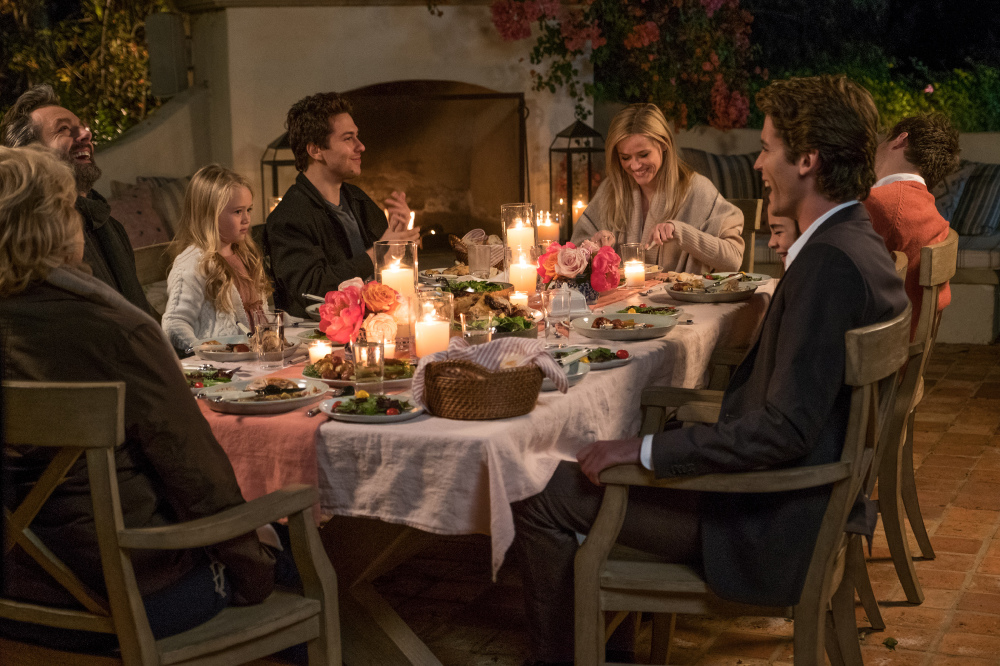 Starring Reese Witherspoon, Home Again demonstrates a woman’s spirit and resilience in the wake of life’s surprising twists and turns and is an unconventional story of love, friendship and family. With an all-female team of filmmakers behind it, the film refreshingly embraces the positivity of feminism and embodies female empowerment.

To celebrate the theatrical release of Hallie Meyers-Shyer’s directorial debut Home Again on 29th September - we count down some of our favourite films which showcase the outstanding work of female leads, and the inspirational women behind them.

This 2008 smash hit musical-comedy exceeded box office expectations, delighting dancing queens across the globe! Inspired by the acclaimed musical of the same name, Mamma Mia see’s Donna Sheridan (Meryl Streep) in a predicament when three of her ex-flames suddenly re-appear into her life at the same time.  Meryl Streep actually won the 2009 People’s Choice Award for ‘Favourite Song from a Soundtrack’ for her infamous rendition of Mamma Mia – and the awards didn’t stop there! The film was nominated at multiple prestigious ceremonies such as the Golden Globes and The BAFTA’s.

The international success of the film must also be credited to the fantastic team of women behind it. The film marked Phyllida Lloyd’s feature debut after the triumph of her work on the Broadway production. Additionally, producer Judy Craymer was nominated at the BAFTA awards for ‘The Carl Foreman Award for Special Achievement by a British Director, Writer or Producer for their First Feature Film’ - an incredible achievement seeing as the film shortly became certified as the biggest ever grossing film in the UK box office.

Pitch Perfect 2 is the second instalment in the Pitch Perfect franchise – an American musical comedy which follows the Barden Bellas on their journey of “Aca”-accomplishment in the acapella World Finals.  The all-female ensemble cast features some of the biggest names in entertainment; with Bella’s including Rebel Wilson, Anna Kendrick, Brittany Snow and Hailee Steinfeld.

In addition to her portrayal of Gail Abernathy-McKadden-Feinberger in the film, Elizabeth Banks both directed and co-produced this huge hit making the film an amazing female collaboration across all levels. In fact, the film itself hit the nail on the head for many feminist critics who were impressed by the diversity of the cast and the fact that the film centres on women, their ambition in the work place and their strength to follow dreams.

Grossing over $287 million in just five days, the film surpassed School of Rock to become the highest-grossing musical comedy of all time.

This 1995 coming-of-age film is an instant classic. Based loosely on Jane Austen’s acclaimed novel ‘Emma’, Clueless has since gained cult status and was named 19th ‘Best comedy of the past 25 years’ in a 2008 poll by Entertainment Weekly. The film follows Cher (Alicia Silverstone) – an extremely wealthy 15-year old from Beverly Hills who rises to the top of her school’s social scene. Whilst it’s seemingly hard to relate to her lavish lifestyle, the audience falls in love with her optimistic match-making ways and infamous phrases – ‘As if!’

Written and directed by Amy Heckerling, Clueless was a passion project. Amy fell in love with the characters and the film succeeded in launching the careers of many of the film’s leads including Alicia Silverstone, Stacey Dash and Brittany Murphy.

The return of Wonder Woman earlier this year created huge hysteria amongst DC Comics fans. Based on the original comic book character of the same name, the film follows Amazonian Princess Diana on a quest to restore peace after she hears about the ongoing World War conflict.

Wonder Woman saw the official launch of lead Gal Gadot, who had previously starred in the Fast & the Furious franchise. Gal was crowned Miss Israel in 2004, and went on to join the Israel Defense Forces before pursuing a career in acting – making her the perfect fit for the role which demonstrates strength, beauty and encompasses gender equality.

The film was directed by another influential female – Patty Jenkins. Her previous collaboration with Charlize Theron and Christina Ricci for the 2003 film Monster showcased her amazing ability to inspire women on-set. Wonder Woman became a phenomenon and made a statement for women in film across the board. It became the highest-grossing film directed by a woman and also became the largest opening for a female-led comic book film. With the undeniable influence of the character, in 2016 the UN designated her an Honorary Ambassador for the Empowerment of Women and Girls.

Home Again stars Reese Witherspoon (Wild, This Means War, Legally Blonde) as Alice Kinney in a modern romantic comedy. Recently separated from her husband (Michael Sheen - Passengers, Nocturnal Animals), Alice decides to start over by moving back to her hometown of Los Angeles with her two young daughters. During a night out on her 40th birthday, Alice meets three young, charismatic filmmakers (Nat Wolff, Pico Alexander and Jon Rudnitsky) who she decides to take in while they try their hand in Hollywood. An unconventional family dynamic emerges, leading them all on an unexpected journey of discovery.

Hallie Meyers-Shyer grew up on the set of some of our favourite and most notable romantic comedies. Her mother, Nancy Meyers, is the legendary director behind classics such as The Intern, It’s Complicated, What Women Want and The Holiday; and whilst Nancy produces Home Again, this film demonstrates strong family ties as it marks Hallie’s much anticipated directorial debut. 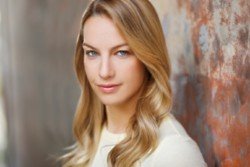 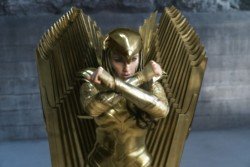 Review: Is Wonder Woman 1984 as good as it was promised to be?