We are almost poised to reveal our Worst Movie of 2015 - you are going to have to wait until tomorrow for that - but today, Taken 3 is in the firing line as it is in at number two. 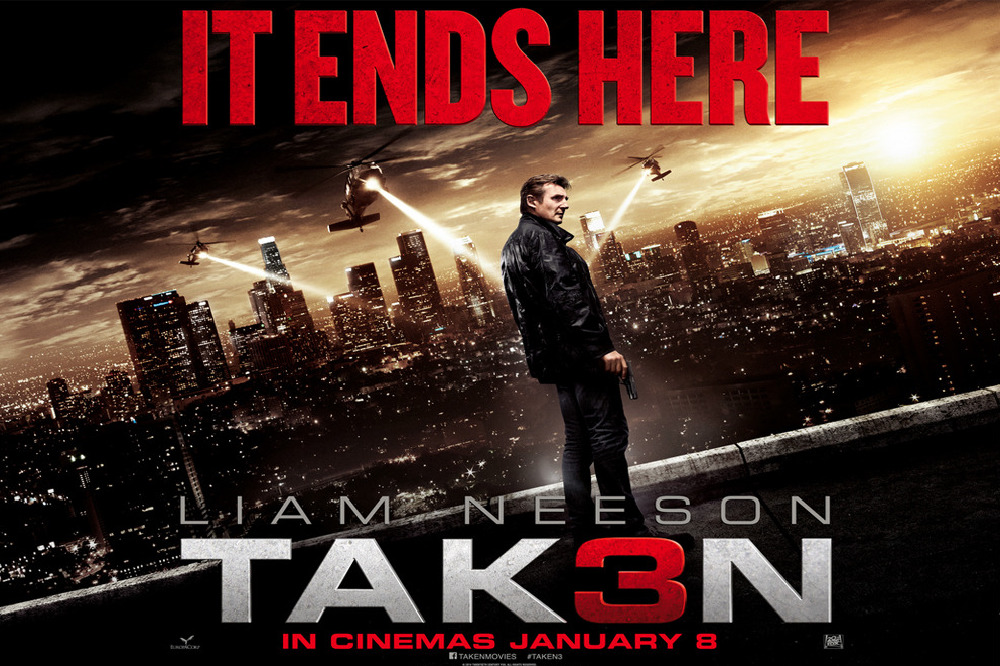 It was back in 2008 when we saw Liam Neeson take on the role of Bryan Mills for the first time - it was a role that really did turn the actor into an action hero. However, after the turkey that was Taken 2, I was surprised that the franchise returned for a third outing. Sadly, it has got steadily worse and Taken 3 is the poorest film in the franchise to date.

Liam Neeson returns as ex-covert operative Bryan Mills, whose reconciliation with his ex-wife is tragically cut short when she is brutally murdered. Consumed with rage, and framed for the crime, he goes on the run to evade the relentless pursuit of the CIA, FBI and the police.

For one last time, Mills must use his 'particular set of skills,' to track down the real killers, exact his unique brand of justice, and protect the only thing that matters to him now - his daughter.

I was a big fan of Taken and Neeson in the role of Bryan Mills and it is really sad to see a franchise take such a dramatic nose-dive; they really should have called it quits when the credits rolled on that first movie.

One of the major issues with Taken 3, is it has a 12A certificate and so can't have the same action sequences and violence that packed such a fantastic punch in Taken, which was a certificate 18 film here in the UK. All of the brutality that made Taken such an edge of your seat ride has been watered down to something that we have seen a million times before.

Pair that with a script that is paper thin and incredibly predictable, then you are left with a movie that goes over familiar ground, is incredibly weak, and terribly dull. You really do have to wonder why such a talented and experienced cast even agreed to make this film.

There are no redeeming features about Taken 3 at all and it makes Neeson - who is a fine actor - look truly terrible. He also looks to have lost a step when it comes to the action sequences - he doesn't look as slick and as sharp in the fight scenes as we have seen him in the past.

Taken 3 is just lazy filmmaking!!!! The studio is only interested in making a quick buck instead of delivering a high quality movie. Anyone who paid good money to see this film really should feel robbed.

Taken 3 is a movie that is beyond absurdity and stupidity and the cast look embarrassed to be involved - and they really should be. When the credits roll, you can only hope that this is the last instalment and no Taken sequels will ever darken the big screen again.
The first movie was such a terrific film and I cannot believe that everything that made that movie such an exciting and heart-pounding watch has been lost.

I thought things couldn't get any worse after watching Taken 2, but this third instalment really is the pits and I hope that Neeson puts Bryan Mills into permanent retirement.

Take a look at our Worst Movies of 2015 countdown so far: