Do You Want Ed Harcourt To Play In YOUR House?

Ed Harcourt is running a special competition for fans with a once in a lifetime prize – a special live set from Ed Harcourt himself, which will take place in the winner’s house.

In order to be in with a chance of having Ed pop ‘round to sing some tunes, all entrants need is a piano for Ed to play and a damn fine reason why Ed should play their house and not someone else’s.

The uber-intimate gig will take place on Friday June 11th, the weekend before the release of Ed’s fifth studio album, ‘Lustre’, which comes out on June 14th. Ed will be playing old and new songs for the winner and their friends and there’ll no doubt be room for a request or two.

To enter, fans should visit .edharcourt.com and explain why Ed should play their house. If you’re not lucky enough to win the comp, there’s still chances to see Ed live in a number of rather more conventional venues, as he’ll be embarking on a mini UK tour – starting with an instore show at London’s Rough Trade East - during the week of ‘Lustre’’s release. 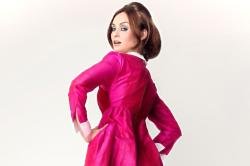