Fatboy Slim celebrated his sobriety on Sunday by running a marathon in his hometown of Brighton, England.

The star, real name Norman Cook, swore off booze for good after checking into the Providence Project clinic in the U.K. last year, and to mark more than 12 months without a drink, the musician hit the streets of Brighton for the 26.2 mile (42.2 kilometre) race while his family joined a crowd of onlookers to cheer him on.

His wife, British TV and radio personality Zoe Ball, wore a t-shirt with the slogan 'Run Fat Boy Run', while his nine-year-old son Woody made a banner saying 'Go Daddy'. 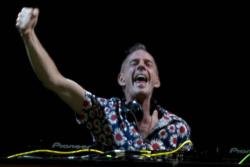 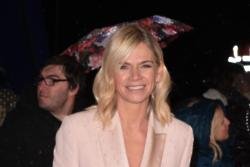 Zoe Ball and son Woody lined up for Celebrity Gogglebox