2010 brings a new studio album, working title 'Giants' and a new single from the album in the guise of 'Come Back & Stay', (April 12th release). The single is already a massive club favourite, with a package of mixes by Shock One, Riley & Durrant and Sidney Samson, all being coupled with the original club mix and radio edit. The band, Chicane will be appearing live in London April 9th at The Gallery, Ministry of Sound.

Nick Bracegirdle is not a DJ. Nick Bracegirdle is Chicane. He is the man behind the name that has worked with acts as diverse as, Bryan Adams, Natasha Bedingfield, Cher, William Orbit, BT, Frankie Goes to Hollywood, Sir Tom Jones and many more.

Producer, remixer, writer, he is the artist who’s music has played as a backdrop to people's lives over the last fourteen years, even if they are unaware of the fact! Nick's songs seem to glean favour among the TV producers and programmers, often heard as an emotive backdrop on TV and film.

In 1997 Chicane's calling card was the trance anthem 'Offshore', which became an Ibiza theme, the album, 'Far From The Maddening Crowd' (Modena) sealed it's reputation as the finest collection of Trance tunes from a single artist, and may still remain the case. However, it was never going to stay just in Ibiza.

In 2000 Chicane had an International number one record record with, 'Don't Give Up’ - featuring Bryan Adams. It has been Nick's desire to place perhaps, incongruous artistes on his records that has made him unique, he seems to hear people singing songs that no one would dare to suggest sometimes. This sometimes overshadows his writing and production talents, but it has led to an eclectic career.

Nick Bracegirdle hails from a small town in Buckinghamshire and apart from snowboarding, driving at excessive - but of course legal speeds, likes to take the music out onto the live stage. For the last ten years Chicane has been a live band too, bringing another dimension to the enjoyment of the music, both for the listeners and the musicians.

Nick: 'Chicane has never been just about being in a studio making music, it's about playing live, seeing the reactions, it's a good balance' for me'

Indeed, 2009 finished with a flurry of live activity; five festivals in Australia, Jakarta, India, the UK and a show with perhaps future collaborator, Armin van Buuren. Since then Nick has been hard at work in the studio, putting finishing touches to the album. So, what to expect next?

Nick: ' The new album has been an interesting process for me, this really does bridge the old and the new, I'm very excited by it and can't wait to finish and play it live. I know it's corny but it really been a journey, and I feel I've learned a few languages, or phrases along the way which I'm confident to employ now.' 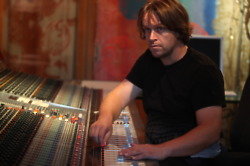 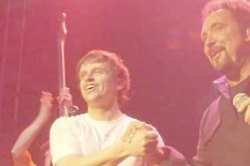