Bass Down Low was produced by L.A. duo The Cataracs, who triangulated the space between trunk-rattling hip hop, pop and L.A. electro.

The duo found DEV after she uploaded an Amy Winehouse cover onto YouTube which she had recorded on her MacBook at home.

The boys went on to produce DEV’s breakout track Booty Bounce which has garnered over 1 million hits on YouTube.

It was Booty Bounce that The Cataracs sampled for the hook on Far East Movement’s hit single Like A G6 which got to #5 in the UK and sold 2 million downloads worldwide.

So DEV introduced the world to the slang ‘slizzard’ for getting drunk while name checking Three 6 Mafia - turning the song into a veritable smash in the process.

Now emerging as a solo artist Bass Down Low is only the beginning; her forthcoming debut 'The Night the Sun Came Up' is dropping this summer.

She has already turned some influential heads with Tinie Tempah insisting he jump on the remix to give the UK something special.

With Bass Down Low you’re rolling with pop’s most exciting new female. 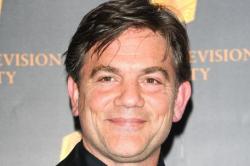 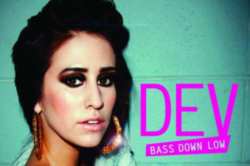