Groove Armada present Song 4 Mutya. This brilliant summer anthem from the biggest British dance act of the moment features the vocals of Mutya BuenaThe brilliant Song 4 Mutya is the best thing committed to wax by any current or former Sugababe since Overload.  NME"...a collaboration with the latest Sugababe-gone-solo that has daytime Radio 1 etched through its glossy pop grooves like a stick of rock." - The Times"Aided by ex-Sugababe Mutya Buena, Tom Findlay and Andy Cato channel the spirit of mid-'80s Madonna on this heavenly pop moment." - Q"Song 4 Mutya stars the former Sugababe scowling over a track her former bandmates would kill for."  Zoo"...and the astounding Out Of Control (Song For Mutya) written and produced by Groove Armada, four minutes of thundering 1980s panic pop stuffed into a firework full of powdered adrenalin and blasted into approximately 2021." - Guardian Guide

It is fair to say that there has been heaps of excitement about this record ever since those first Groove Armada album samplers started circulating in February.

A masterstroke collaboration with Mutya Buena, Song 4 Mutya is something of a new direction for Tom and Andy and in many ways represents the spirit of their acclaimed new album Soundboy Rock. A lets try it, weve got nothing to lose attitude has paid off with a slice of perfect electronic pop that fizzes with atttitude, thats poised to dominate dancefloors and airwaves this summer.

To kick things off remixes on Song 4 Mutya are courtesy of the always excellent Linus Loves. More names to follow.

In what ever way you look at it, Soundboy Rock is a major achievement. With a Top 10 single Get Down and for the album too Tom and Andy are on a roll. The biggest British dance act of the moment headline their own Lovebox Festival in July, and perform at Rockness, Isle Of Wight Festival and Creamfields this summer.

Go to www.groovearmada.com for up-to-the-minute info and interviews about the album with both Tom and Andy.Groove Armada 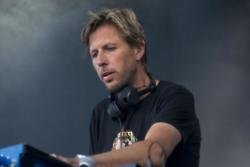 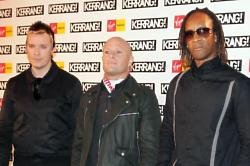 Snowbombing Will Be Headlined By The Prodigy