Having just signed to Distinctive Records (home of Dub Pistols, Hybrid and General Midi to name a few) Guy Hatfield aka Hyper is set to release his brand new single ‘The End’ on 21/03/11.

Shining a light on Hyper’s explosive production style and showcasing Jim Davies’ (ex Prodigy + Pitchshifter) astonishing guitar work,‘The End’ is an intriguing snapshot of some of what to expect from Hyper’s eagerly anticipated long player ‘The Panic’.

With its richly layered synths, thunderous bassline and anthemic vocal hook ‘The End’ grabs you by the scruff of the neck and takes you on a five minute journey through massive build ups and breakdowns. Think Pendulum meets Cooper Temple-Clause.

With remixes from Interface, Beatman & Ludmilla plus Minus’ monumental dubstep re-rub watch closely as the next chapter of the Hyper manifesto unfolds. You have been warned!!

As a hugely talented producer, remixer, DJ, label boss and composer Hyper has excelled building a loyal and global fanbase as well as commanding huge respect from his peers.

Having shot into the consciousness of almost every dance head and aficionado ten years ago with the eponymous Y3K compilation series, he has since released two critically acclaimed albums, remixed everyone from  Foals to Futureheads, Pink to  Paul Van Dyk and released some of the biggest compilation series’ over the last decade.

After taking a break to work on film/TV syncs and music scores, where Guy’s tracks have featured in major films and TV series including CSI, Ugly Betty and Borat  to name a few, he is ready for the next stage of the Hyper narrative to unfold.

The live band features the stunning vocals of front woman Axe  together with Jim Davies  (guitar+ vox)and Hyper (keys, decks, vocals) who are preparing to hit the road with all the  force of a sonic juggernaut as they put the final touches to their brand new live show.

Having already wowed nearly every major festival across the world including Glastonbury, Roskilde and Fuji Rock to name but a few ‘The Panic’ is set to spread far and wide! 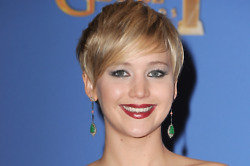 Jennifer Lawrence 'Fans Will Get Sick of Me' 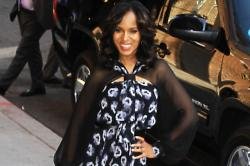 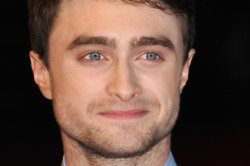 Daniel Radcliffe Suspects He Has Adhd