Katie & Peter Split - The Inside Scoop

We all shed a tiny tear yesterday when we heard the golden (okay, more Orange) couple were splitting after four years of marriage; but in a shocking new revalation, each party is blaming the split on each other.

Okay, it’s not that shocking then, because we know Jordan, *ahem* Katie Price, would never admit to doing something wrong, but in a very rare insight into her emotional state, Jordan has said; 'I'm devastated, he's my life... it's not what I want'

Speaking to The Daily Mail, Katie Price described her devastation at the split from Peter Andre, insisting it was his decision to divorce; despite the fact that she had always looked like she had the hunky Aussie wrapped around her little finger.

Whilst Katie let the tears roll down her surgically enhanced face, Peter, 36, spoke out about how he could no  longer cope with his 'out of control' wife, and it was time to call it a day.

Speaking to The Sun, he said; 'I'm not jealous of anybody until Katie's drunk, There's nobody I feel threatened by when she's sober. But if she's been drinking I know she's capable of anything. The devil gets inside her and she's a nightmare.'

Unsurprisingly then, the split came about just hours after photos of Katie, who appeared to be drunk and flirting with another man, emerged in a national newspaper.

As Katie struggles to come to terms with the split in an undisclosed foreign location; she has released a short statement saying; ‘Pete is the love of my life and my life. We have children together and I am devastated and disappointed by his decision to separate and divorce me, as I married him for life,' she said, before adding: 'I will always love my Pete.'

Somehow though, we don’t think this will be the end of the Katie & Peter saga, as their turbulent relationship has always played out in front of the cameras… and with a £30million divorce battle on their hands, the question is… how much can they get from OK! Magazine?

Have your say on the Katie & Peter Split here 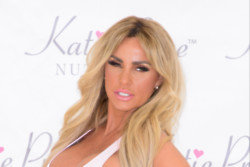 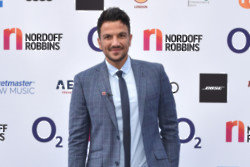 Peter Andre has collaborated with Lady Leshurr on new song 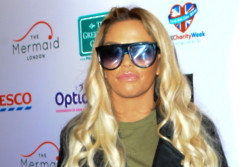 Katie Price wants to be buried with silicone implants