The Rolling Stones are a band that have been thrilling audiences and music fans for fifty years and are one of the greatest rock bands of all time.

Keith Richards and Mick Jagger, who were childhood friends, have been the driving force within The Rolling Stones for fifty years and formed the band with Dick Taylor.

In 1962 the band played their first gig at the Marquee Club and the line up was Jagger, Richards, Taylor, Brian Jones, Tony Champman and Ian Stewart.

Bassist Bill Wyman joined in December 1962 while drummer Charlie Watts joined in January 1963 while Stewart was removed from the line-up four months later but he was their occasional pianist as well as the road manager.

Come On, a cover of the Chuck Berry track, was to be the first single to be released by the band but they had to wait until the release of It’s All Over Now to have their first #1 hit in the UK.

The band’s first album was made up mainly of covers and it wasn’t really until the second album that Jagger and Richards became the son-writing force that we know them to be.

(I Can’t Get No) satisfaction was a turning point for The Rolling Stones when it was released in May 1965 as it was to be their first international number one hit and really established them in America as it stayed at the top spot in the charts for four weeks.

Throughout the sixties they went on to notch up hit singles Get Off Of my Cloud, Paint It Black, and Jumpin’ Jack Flash.

Into the seventies and there were big changes for the band as Sticky Fingers was to be their first album release on their own label, the album hit the number one spot in the U.S. and the UK.

They followed this record up with Exile on Main St, which is widely recognised as one of the band’s best albums as well as Goats Head Soup - both of which were #1 albums.

In 1974 Taylor quit the band and Ronnie Wood joined the band but during this decade Richards really did struggle with his drug addiction.

By the end of the seventies The Rolling Stones had to change their sound as music began to move on and Some Girls showed that the band really could move with the time and stay relevant and fresh.

The eighties were a decade of further success as well has some heartache as Ian Stewart passed away from a heart attack in 1985.

And while they band were awarded a Grammy for Lifetime Achievement and inducted into the Rock and Roll Hall of Fame the relationship between Jagger and Richards was at an all time low as Jagger wanted to concentrate on a solo career.

But the pair but those problems aside at the end of the decade when, after the Rock and Roll Hall of Fame honour the band went to work on a new album.

But the early nineties Billy Wyman left the band and since 1993 Jagger, Richards, Watts and Wood has been The Rolling Stones line-up.

Voodoo Lounge was the biggest album for the band in the nineties and while other records didn’t quite reach those heights they continued to thrill fans with their live shows.

In the last couple of years the band has re-released Exile on Main St and Some Girls and both albums enjoyed huge success.

So after a career that has spanned fifty years The Rolling Stones are still going strong and they are still inspiring the musicians of tomorrow. 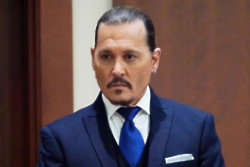 Johnny Depp laughed as he held a dog out of a car window, according to Amber Heard’s sister 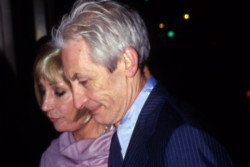